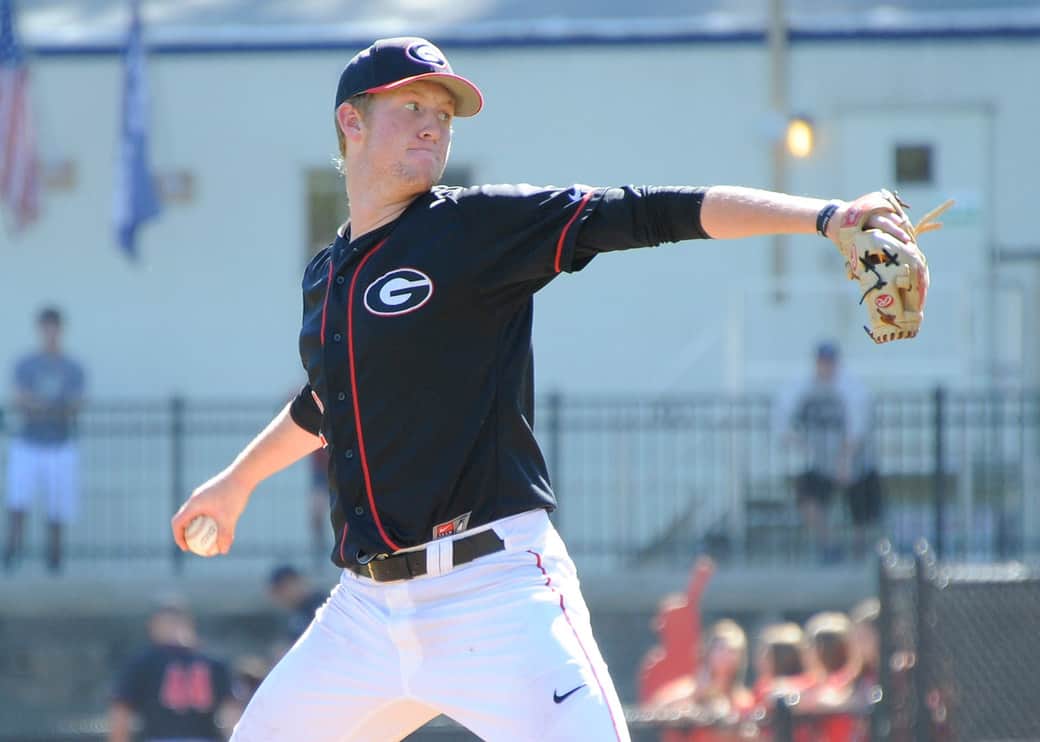 Tyler is ranked No. 1 among the Top 100 College Sophomores list. The rankings are based on a player’s professional potential relative to the Major League Baseball draft. Also, centerfielder Stephen Wrenn checked in at No. 33 on the list of sophomores while pitcher Jared Cheek was No. 50 among the Top 100 seniors.

Additionally, a pair of first-year Bulldogs made the Top 100 Freshmen rankings. Pitcher Ryan Avidano of Peachtree City and product of Starr’s Mill High School was No. 65 on the list while outfielder Keegan McGovern of Willacoochee and graduate of Coffee High School was No. 81.

The Bulldogs will resume practice on Jan. 23. Georgia’s annual 1st Pitch Banquet will be Jan. 30 at the Classic Center and feature Hall of Fame pitcher John Smoltz.

The 2015 season opens on Feb. 13, and the Bulldogs will play host to Eastern Illinois as part of a three-game series.