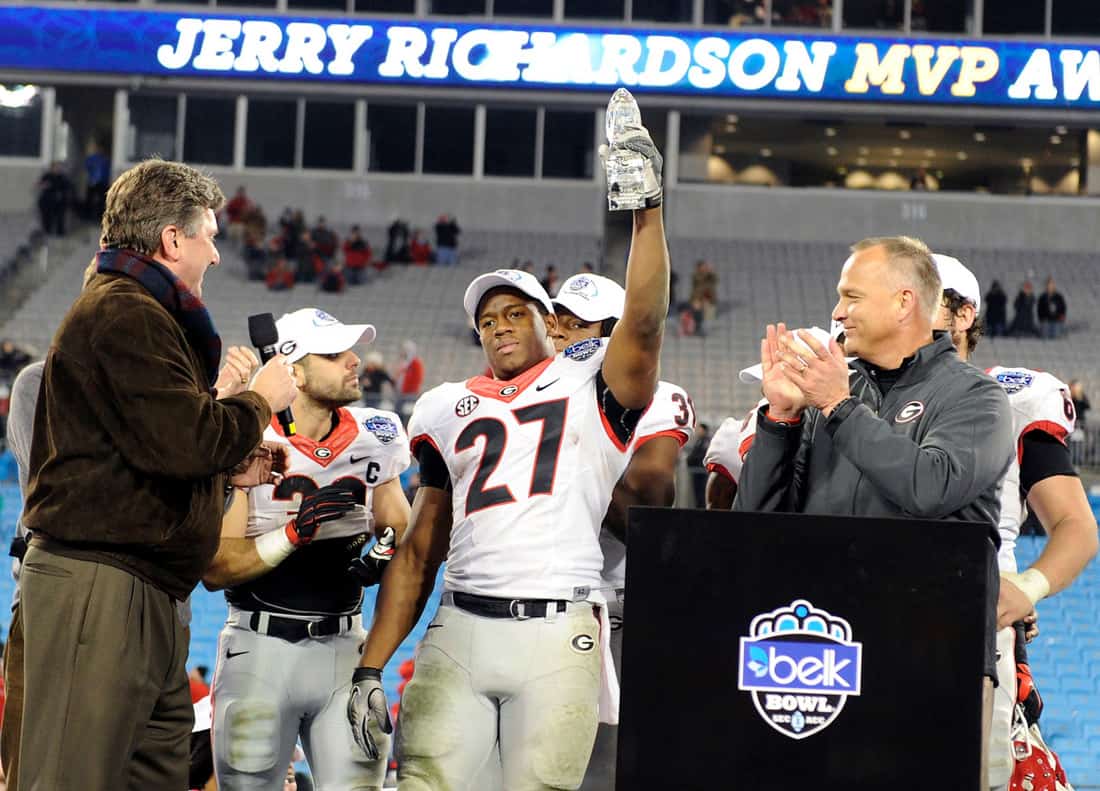 UGA’s Nick Chubb has been named to the 2014 FWAA Freshman All-America Team, it was announced today.

The latest awards adds to a growing list for Nick Chubb, which already includes the AP SEC Freshman of the Year.

Two other running backs were also named to the FWAA’s 2014 Freshman All-America Team: Royce Freeman of Oregon and Samaje Perine of Oklahoma.

The Football Writers Association of America (FWAA) is a non-profit organization that consists of more than 1,400 men and women who cover college football.

Congratulations To The Best Running Back In The #Land #27 Nick Chubb | Chubb Named To FWAA's All-Freshman Team pic.twitter.com/kfV9alqybA