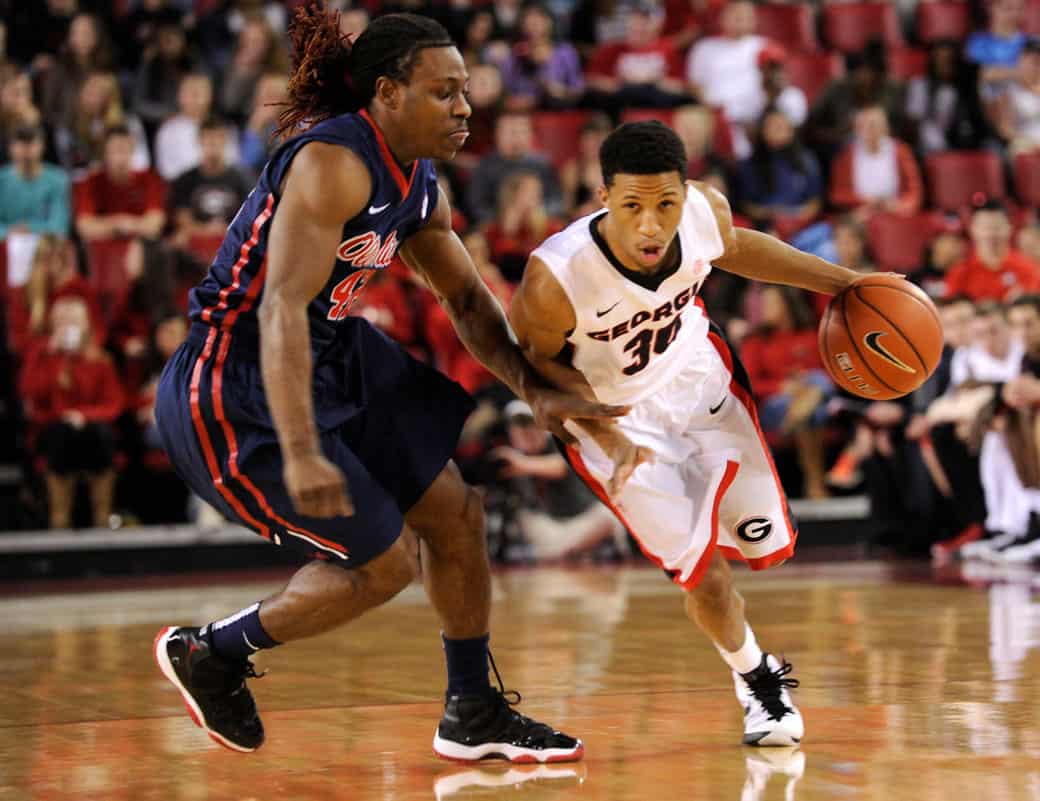 ATHENS, Ga. – Georgia guard J.J. Frazier was named as the Southeastern Conference Player of the Week, according to an announcement made by the SEC on Monday.

Frazier, a sophomore from Glennville, Ga., played key roles in both of Georgia’s wins last week. Most recently, he scored a career-high 37 points to pace the Bulldogs’ 72-66 win at Miss. State on Saturday. His 37 points were the highest individual effort by an SEC player this season and the most by a Georgia player in 23 years. His 7-for-7 shooting from 3-point range against MSU was Georgia’s first perfect 3-point shooting effort since Ezra Williams made seven treys in a win over LSU in 2003.

In Georgia’s win over Ole Miss last Tuesday, Frazier scored all 11 of his points in the second half (3×4 from 3-pt. range), as the Bulldogs overcame a 6-point halftime deficit.

Additionally, the 5-10, 150-pound Frazier led Georgia in rebounding in both games with seven boards each game. Perhaps his most important play in the win at Starkville was an offensive rebound — off his own missed free throw — with 29 seconds left and Georgia leading 69-66. He sank two subsequent free throws to give the Bulldogs a safe lead.

Frazier is the first Bulldog to garner SEC Player of the Week honors since Charles Mann won last January.

Georgia (13-5, 4-2) goes for its fifth straight SEC victory Tuesday night at home against Vanderbilt. Tipoff is at 7:00 p.m. and the game can been seen on the SEC Network.