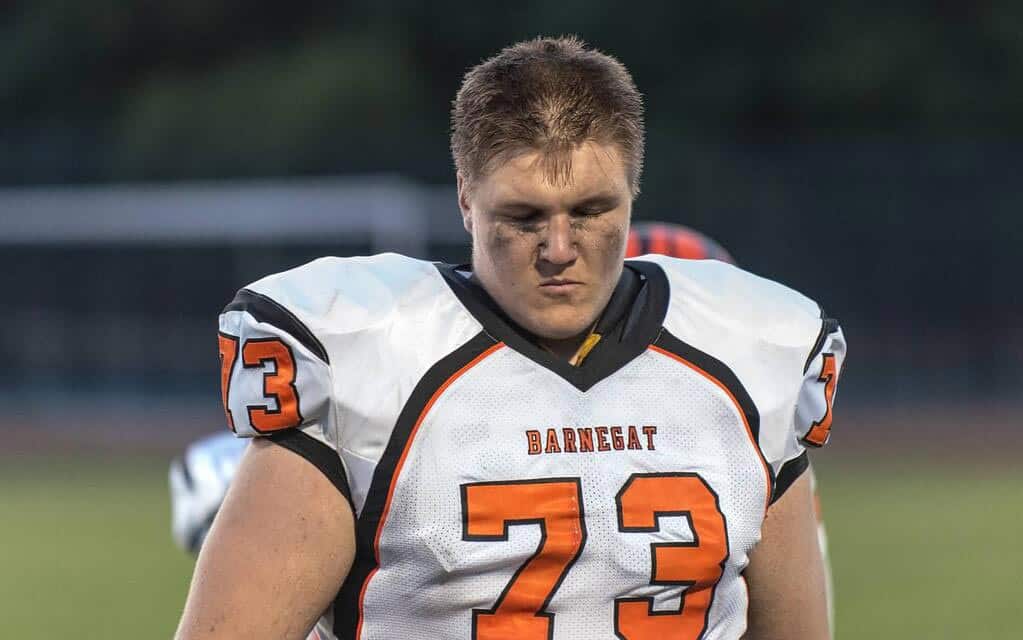 Four-star offensive lineman Sam Madden has committed to the Georgia Bulldogs for the class of 2015. Madden made his announcement today on Twitter.

Madden was previously committed to the Wisconsin Badgers, but he changed his mind after head coach Gary Anderson left for Oregon State. After a visit with the UGA coaches in Athens, Madden committed.

“Everything about it was great,” Madden told Dawgs247. “The whole thing about the visit was great. The experience, the college and the university.”

In the 247Sports rankings, Madden is listed as a 4-star recruit, the No. 45 offensive tackle, and the No. 432 overall recruit.

The Bulldogs now have three 2015 commitments for the offensive line. Madden joins Sage Hardin of Atlanta, GA and DeVondre Seymour of Suwanee, GA.

From Madden's father: "Sam with his new head coach, Mark Richt of the University of Georgia. He couldn't be happier." pic.twitter.com/rbxeuiNwop