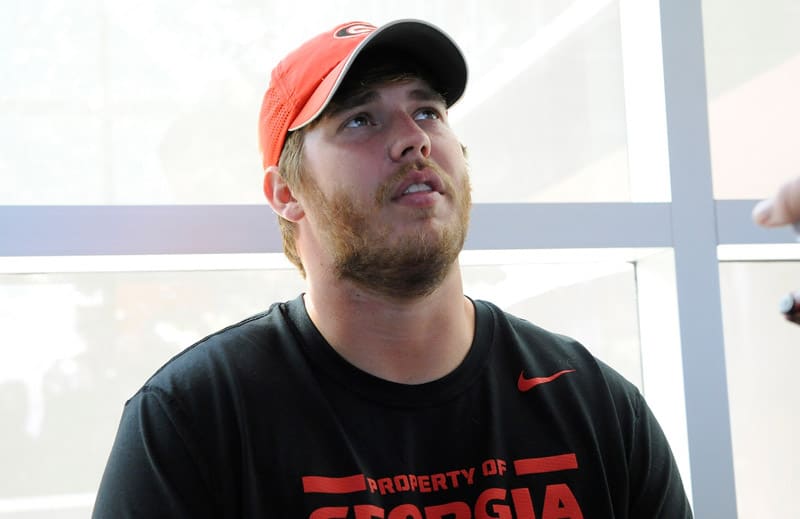 Senior offensive lineman Kolton Houston has been granted a sixth year of eligibility by the NCAA, UGA announced this evening.

Houston came to Athens in 2010, but his debut on the field was delayed after he was suspended by the NCAA for failing a routine drug test. That test found the presence of a steroid that had been medically administered after a shoulder surgery.

After a three-year battle with the NCAA, Houston was reinstated on July 25, 2013. He then played both the 2013 and 2014 season between the hedges, starting all 12 games for the Bulldogs this season at right tackle.

Houston (6-5, 287) hails from Buford, Georgia. He now has one season of eligibility remaining.

Upon hearing the news of his additional season of eligibility, Kolton posted the following to his Instagram account:

I'm extremely blessed to wear this jersey for one more year. So thankful for everybody that has helped me along the way. #GoDAWGS