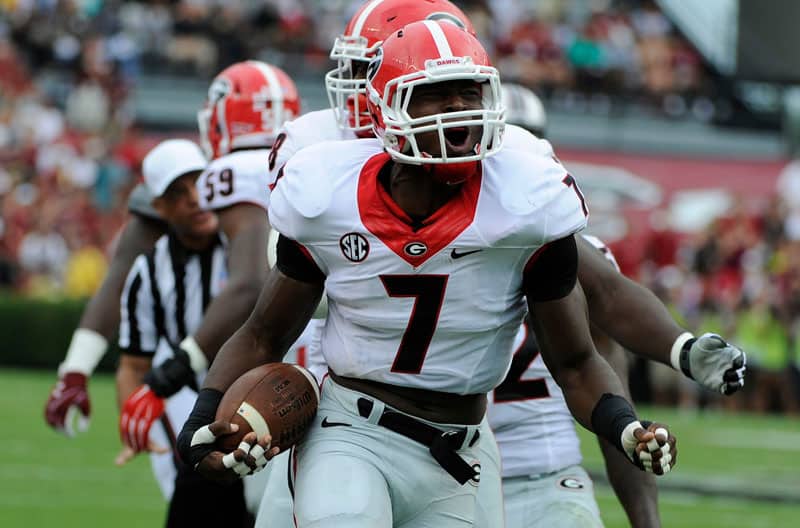 Here is what ESPN had to say about Carter:

One of Georgia’s most important 2014 signees, Carter made a big splash in his first career start. In the Bulldogs’ win over Kentucky, he recorded 2.5 sacks, 3.5 tackles for loss and nine overall stops. He went on to start the final four games and tied for seventh on the team with 33 tackles.

Lorenoz Carter was the only Bulldog to make the ESPN team, and there was an obvious omission to UGA and SEC fans everywhere — Nick Chubb.

The two running backs that were named to the team are Royce Freeman (Oregon) and Samaje Perine (Oklahoma). It’s hard to argue with Perine, but a case can be made that Chubb had a better season than Freeman.

Chubb rushed 186 times for 1,281 yards (6.9 avg.) and 12 touchdowns. He carried the Bulldogs when Todd Gurley was suspended and later lost for the season to an ACL tear.

Congrats to Lorenzo Carter, but Nick Chubb should have made the team also.