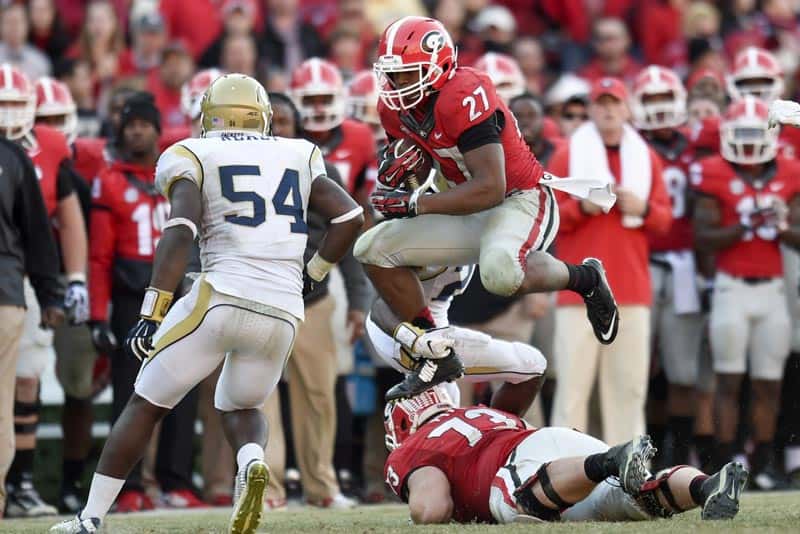 ATHENS, Ga. – Freshman tailback Nick Chubb was named the Southeastern Conference Freshman of the Year to highlight a list of Bulldogs on the Associated Press All-SEC teams.

Chubb, a native of Cedartown, also earned a spot on the First Team Offense and became the first Georgia player to earn AP Freshman of the Year honors since Isaiah Crowell in 2011.

In addition to Chubb, senior inside linebacker Amarlo Herrera, a native of Atlanta, was included on the 2014 First Team on the defensive side of the ball.