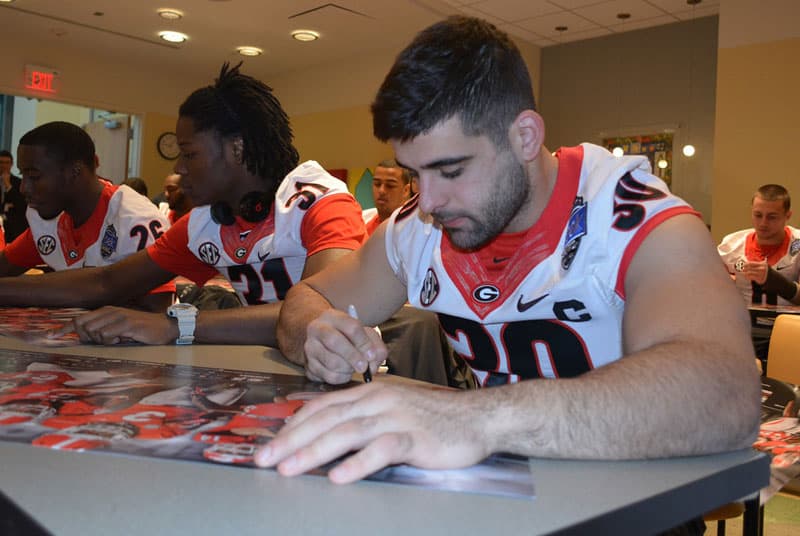 The day began with a portion of the team spending an hour at the Second Harvest Food Bank while another group of Bulldogs visited patients at the Levine Children’s Hospital. Then in the afternoon, the Bulldogs worked out in helmets, jerseys, shorts and shoulder pads for the final time before Tuesday’s Belk Bowl. Sunday’s activities will be capped with a team dinner at Chima Brazilian Steakhouse.

On Monday at 10 a.m., Georgia coach Mark Richt and selected Bulldogs will take part in Belk Bowl Media Day at BB&T Ballpark, the home of the Charlotte Knights, the triple-A affiliate of the Chicago White Sox. Richt and Louisville head coach Bobby Petrino will be available to the media for 30 minutes (10-10:30 a.m.), and then the Bulldog and Cardinal student-athletes will answer questions.

The Bulldogs (9-3) face the 20th-ranked Louisville Cardinals (9-3) on Tuesday, Dec. 30 in the Belk Bowl at Bank of America Stadium. Kickoff is slated for 6:30 p.m., and ESPN will televise the contest.