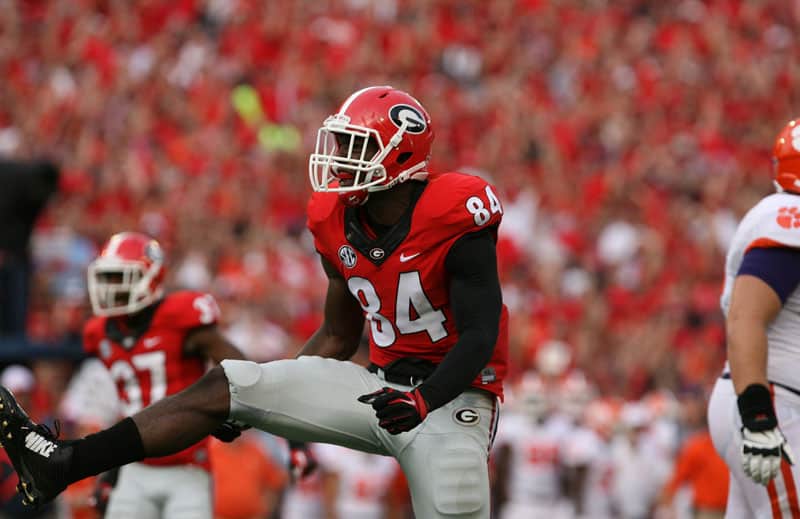 ATHENS, Ga. – The No. 13 Georgia football team returned to the Woodruff Practice Fields after the conclusion of final exams on Wednesday night with a two-hour practice in full pads.

Wednesday night’s practice was the first of four consecutive workouts that the Bulldogs will hold before a three-day break for the holidays. The team will depart for Charlotte on Dec. 24 where they will continue preparations for Louisville.

“We’re looking forward to the great challenge of playing the Louisville Cardinals,” Richt said. “Coach (Bobby) Petrino is obviously doing a great job. They’re 9-3 just like we are. From what I’m reading, they are 2‑0 versus SEC opponents in bowls. They’ve won five straight against SEC opponents, and Coach Petrino is 5‑1 at Louisville versus SEC teams. So there will be a great challenge for us to try to change that trend.”

During Wednesday’s press conference, Richt announced that sophomore OLB Leonard Floyd underwent shoulder surgery and will not be available for the bowl game.

The Bulldogs are making their 50th bowl game appearance, and 17th consecutive. Georgia dropped to 27-19-3 all time in bowl games after suffering a 24-19 loss to Nebraska in last year’s Gator Bowl.

This will be Georgia’s first ever meeting with Louisville on the gridiron, and will also pit the Bulldogs against former defensive coordinator Todd Grantham. Georgia enters the matchup boasting the SEC’s highest scoring offense, averaging 41.7 points per game. Louisville ranks tied for third in the ACC in scoring defense, allowing 20.5 points per game, and second in the ACC in total defense, allowing 293.2 total yards per game.