UGA moves up to 10th in College Football Playoff rankings

UGA moves up to 10th in College Football Playoff rankings 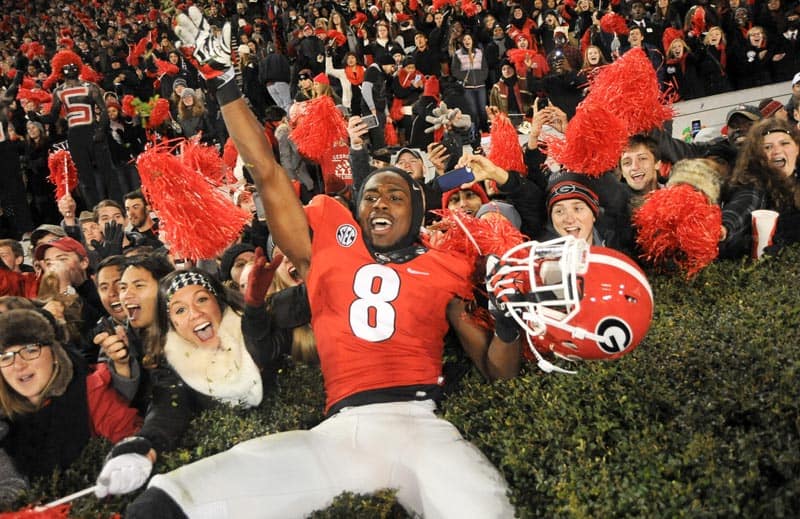 After rolling over then No. 9 Auburn 34-7, the Georgia Bulldogs have moved up to 10th in the College Football Playoff rankings that were released tonight by the Selection Committee.

Georgia was initially ranked 11th in the CFP rankings. They fell to 20th after losing to Florida 38-20 and then moved up to 15th after beating Kentucky 63-31.

Mississippi State, which lost at Alabama 25-20, dropped to 4th. Alabama is the new number one team, followed by Oregon in 2nd and Florida State in 3rd.

Auburn’s loss dropped the Tigers to 14th. Other ranked SEC teams include Ole Miss (8) and Missouri (20).

The College Football Playoff Selection Committee will release their Top 25 rankings each week on Tuesday through Dec. 2.