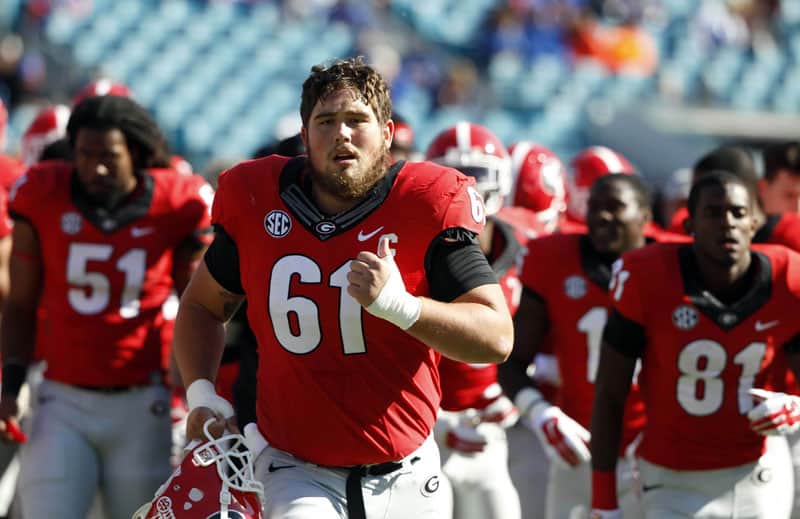 Taking the field without Todd Gurley is not new for the Georgia Bulldogs. However, this is the first time they will take the field knowing he will not be back. While it is not an ideal situation, the Bulldogs are well prepared for what is ahead and are primed for a special run.

I characterized last week’s game as a program defining game, and the Bulldogs proved the future is bright. The Bulldogs need some help to get back into the SEC Championship Game and the national picture, but I truly believe that is going to happen.

However, before Georgia Tech and anything that might come after that, they have a pesky Charleston Southern team that would love to shock the world.

Why Charleston Southern Can Win

All Georgia fans eyes this weekend will be on Knoxville, as the Tennessee Volunteers host the Missouri Tigers with UGA’s future very much in their hands. However, the players must be focused on Charleston Southern because the Buccaneers are a good football team

While their 8-3 overall record is not SEC caliber, they did take Vanderbilt to the limit in a 21-20 defeat earlier this season. Charleston Southern will be extra motivated in this game because the Buccaneers have 21 Georgia natives on their roster and are trying to impress the FCS playoff committee.

The Bucs have a solid offense led by a rushing attack that has totaled over 2,500 yards this season, including 216 on Vandy, with a 4.9 YPC team average. They are led by running back Christian Reyes, who is the school’s all-time leading rusher.

The Charleston Southern defense is even more impressive than the offense. They lead the Big South in total defense, pass defense, run defense, and third-down defense. CSU also held Vanderbilt to only 295 yards of offense and, most impressively, did not yield a second-half first down until the final drive of the game.

While a loss seems unthinkable, if Georgia is not focused, this game could extend into the third quarter and the risk of injury increases.

If you take away the Florida game in the middle of a torturous road trip, the Bulldogs have been playing their best football in several years. Manhandling two teams from the West and blowing out the East leading Missouri Tigers.

Chubb is no longer the bridge for the future. Instead, he is the present. Although it is now official, Chubb has been on a streak for the ages. He is second in the SEC in rushing despite only starting four games and, according to ESPN, is the first FBS running back to run for at least 140 yards in five straight games since 2009.

Then there is Hutson Mason, who has proven he can handle the job with 16 touchdown passes to only three interceptions. This combination of elite running game and efficient passing game is the main reason Georgia’s offense ranks seventh nationally in scoring, averaging over 42 points a game.

In this game, I believe David Andrews is the X-Factor. With Todd Gurley no longer on the field, Andrews is the unquestionable leader of the Bulldogs. He must have this team focused and playing with the same intensity he does every game.

If the Bulldogs are focused, this will be the Brice Ramsey and Brendan Douglas show in the second half. The Bulldogs have a legitimate shot of slipping into the final four on the final week of the season. However, from here on out, they must win convincingly.

We have seen the Bulldogs come out many times in these type of games lacking focus. North Texas from last season is a perfect example. Yes, they won by 24 points, but ruined a great shot to get Mason some playing time in that game.

UGA is focused and ready, and it will show Saturday against an inferior football team. Nick Chubb will come out and dominate on the ground, and Mason will hit at least two big plays in the passing game.

Jeremy Pruitt has the defense locked in and ready to play, and they will hold their fourth opponent of the season to ten points or less.