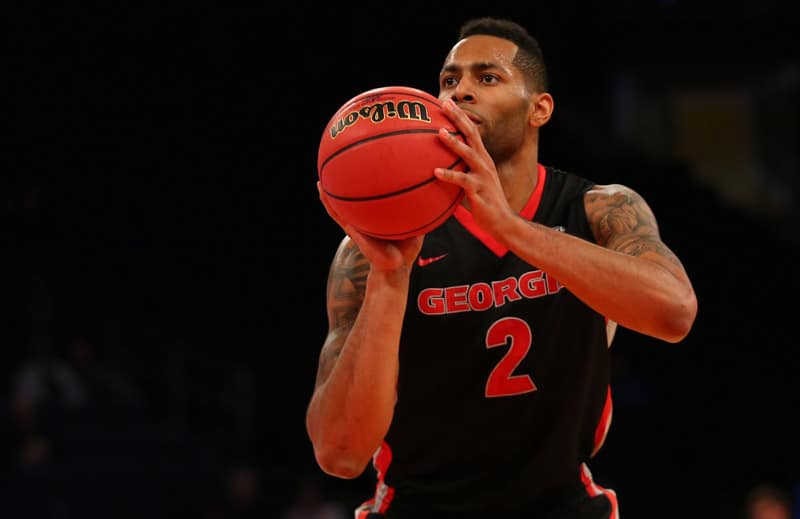 NEW YORK, NY – Georgia’s comeback attempt came up just short as the Bulldogs fell to 3-3 overall with a 66-62 loss against Minnesota in the NIT Season Tip-Off third place game at Madison Square Garden in New York on Friday.

The Bulldogs fought back from a 12-point halftime deficit and came to within three with under a minute remaining, but were unable to cap off the come-from-behind victory over Minnesota (4-2).

A three by J.J. Frazier cut Minnesota’s lead to seven with just over 11 minutes on the clock and put the score at 46-39 after trailing 37-25 at halftime. Frazier and Nemanja Djurisic each hit a three with under one minute remaining to cut the lead to three, but Minnesota’s DeAndre Mathieu hit one-of-two free throws with 10.1 seconds remaining to seal the final score at 66-62.

“We had 15 turnovers in the first half and only 16 shots,” Georgia head coach Mark Fox said. “We just did not start well. And finally [J.J.] Frzier gave us great leadership at the point and we stopped turning it over and gave ourselves a chance to win. Congrats to Minnesota. They outplayed us.”

The Bulldogs were held to just eight points in the first nine minutes of play, falling behind 20-8 at the 11:00 mark in the first half and were down by as much as 16 with just over seven minutes remaining. Minnesota forced a 15 Georgia turnovers and connected on 7-of-12 three point attempts in the first half.

After scoring a career-high 23 points against Gonzaga on Wednesday, Charles Mann did not attempt an official shot, and was held scoreless in Friday’s contest. Marcus Thornton led the Bulldogs with 14 points and also chipped in 10 rebounds to record his fourth-career double-double and second of the season. Yante Maten scored a career-high 12 points, all of which came in the first half. Frazier scored all 12 of his points in the second half.

Joey King paced the Golden Gophers with 15 points. Mathieu finished the game with a season-high 12 points and five assists.

· This was the first ever meeting between the Bulldogs and the Golden Gophers.

· Georgia is now 0-3 on the season when playing away from Stegeman Coliseum.

· Minnesota led for 36:41. The Golden Gophers scored 23 points off of 18 Georgia turnovers.

· Yante Maten scored a career-high 12 points, all of which came in the first half. His previous career high was 11 points against Stony Brook on November 18. He also played a career-high 25 minutes.

· Marcus Thornton played a career-high 35 minutes and registered his fourth-career double-double (14 points and 10 rebounds) and his second of the season. He also tied a career high with two steals.

Georgia will travel to Chattanooga on December 2 to take on the Moccasins at 7:00 p.m. ET on ESPN3. The Bulldogs will then return home on December 7 for the start of a three-game home stand when they host Colorado at noon ET in Stegeman Coliseum.