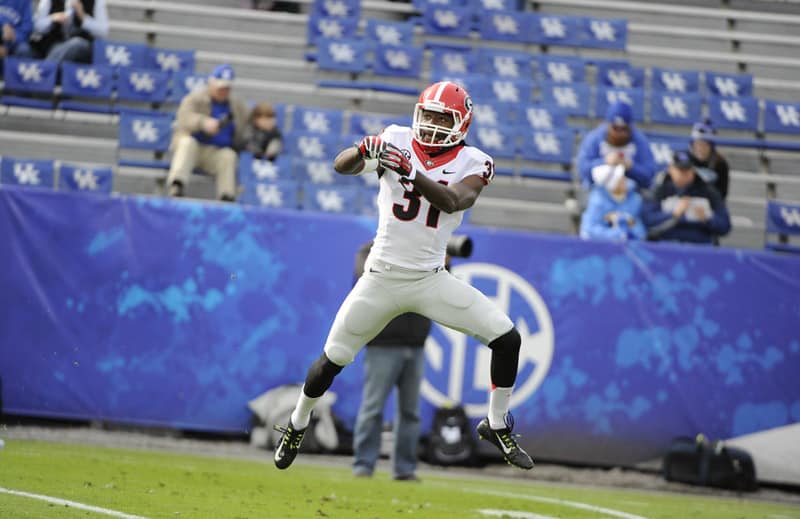 ATHENS, Ga. – The No. 16 Georgia football team returned to the Woodruff Practice Fields on Monday with a 90-minute workout in shorts and shoulder pads.

“I was really pleased with the way we practiced tonight,” Georgia coach Mark Richt said. “I thought the guys were extremely focused on the task at hand. We have a tremendous amount of respect for Auburn, so all of our focus is on them. We know it’s going to be an exciting game on Saturday, and it’s up to us to prepare well and be ready to give it all we’ve got.”

Richt said the captains for Saturday’s game will be center David Andrews and receiver Chris Conley on offense, lineman Mike Thornton on defense and linebacker Kosta Vavlas on special teams.

It was announced Monday that the Nov. 22 game against Charleston Southern and the Nov. 29 game against Georgia Tech — both of which will be played in Athens — have been selected by the SEC Network for noon kickoffs. Those will mark the Bulldogs’ fourth and fifth appearances on the SEC Network.

Saturday’s game will be Georgia’s first at home dating back to Oct. 4, a span of 42 days. The Bulldogs went 3-1 during a span of four games and an open date. Saturday also will mark the 118th meeting between Georgia and Auburn, the seventh-most-played rivalry in the NCAA FBS. The Bulldogs and Tigers first squared off in 1892 in Atlanta’s Piedmont Park. Auburn leads the series 55-54-8.