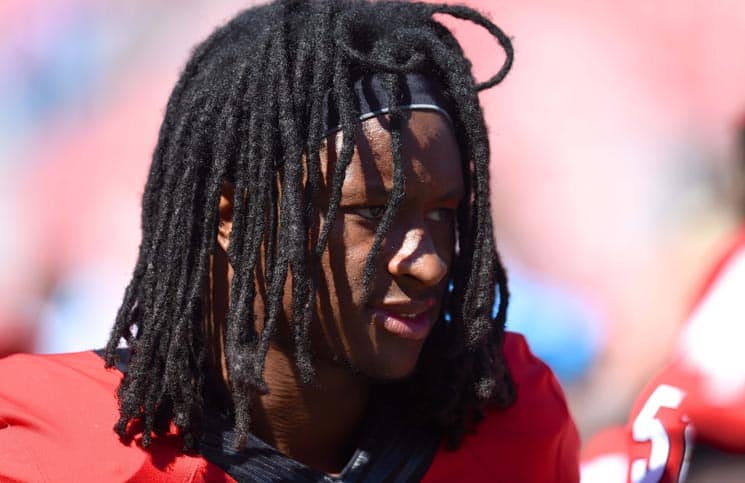 UGA has issued a statement on suspended tailback Todd Gurley after a meeting with the NCAA in Indianapolis today.

“Today, President Jere W. Morehead, J. Reid Parker Director of Athletics Greg McGarity, and other University of Georgia representatives met in Indianapolis with the NCAA Committee on Infractions to discuss the ongoing case of the UGA head swimming and diving coach. While in Indianapolis, Georgia representatives also met with the NCAA eligibility staff regarding the ongoing matter involving Todd Gurley. There is no new news at this time and no further comment is necessary.”

Regarding Todd Gurley's eligibility, the NCAA is continuing to work with Georgia and is awaiting the school's request for reinstatement.

So there you go. Todd Gurley remains suspended indefinitely. He will not make the trip to Little Rock unless a decision is made before the UGA plane departs, which should be around noon on Friday.

Georgia and Arkansas square off at 4pm ET on Saturday at War Memorial Stadium in Little Rock. The game will be televised by the SEC Network.