Todd Gurley not traveling with team to Arkansas

Todd Gurley not traveling with team to Arkansas 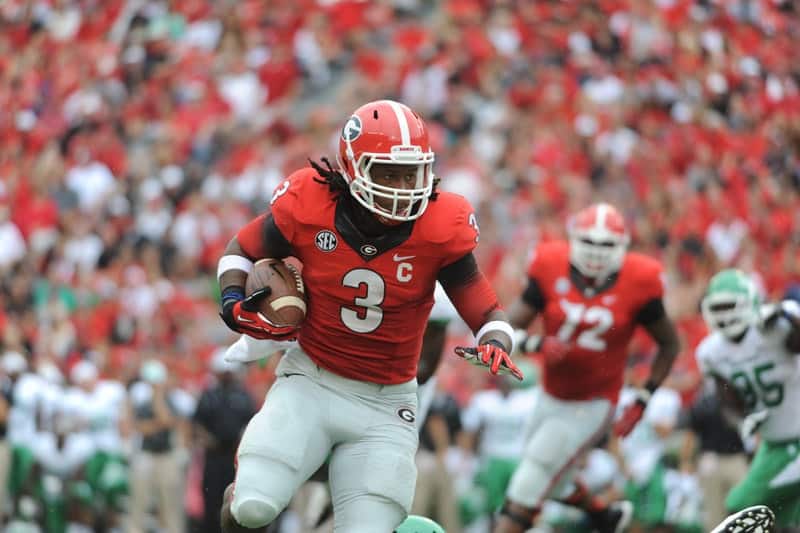 Todd Gurley will not travel with the UGA football team today to Arkansas, the school has confirmed.

UGA confirms RB Todd Gurley is not on trip to Arkansas today with team.

Georgia is busing from Athens to Atlanta for their team flight to Little Rock.

Todd Gurley will remain in Athens under indefinite suspension as UGA continues to investigate whether he accepted money in return for signing autographs.

Yesterday evening, UGA officials returned from an NCAA meeting in Indianapolis and issued a brief statement that basically said they have nothing to state.

The NCAA followed that up with a tweet saying they were still working with UGA and were “awaiting the school’s request for reinstatement.”

It appears as if the NCAA is ready to make a ruling, but UGA is dragging their feet. Several other athletes have recently been investigated for the same allegations, but only Johnny Manziel served a suspension (1/2 of a game).

UGA’s administration will have a lot to answer for if Todd Gurley is held out much longer without much more evidence than what has been alleged.

With all that being said, there is still a remote possibility Gurley could make it to Arkansas. But that would likely only happen if he is reinstated sometime today.

We all hope that will happen, but the chances are slim at this point. Stay tuned…

Can also confirm, per source, that Gurley won't play, period. No late decision expected, no plane rushing him to Little Rock, etc.