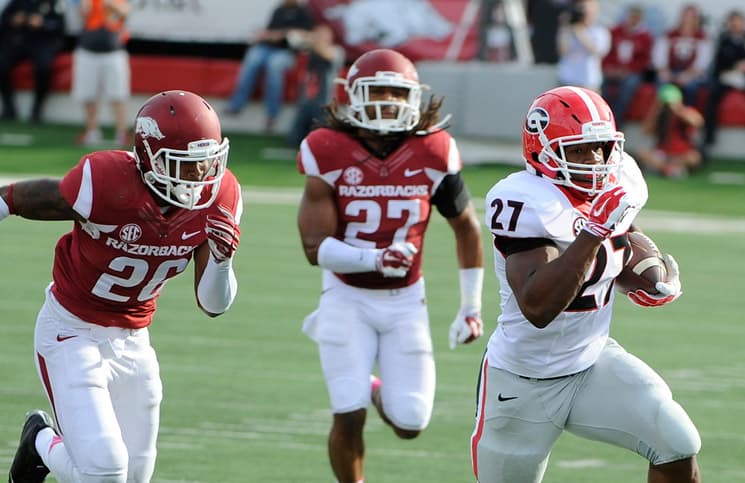 ATHENS, Ga. – Georgia tailback Nick Chubb has been named the Athlon Sports’ National Freshman of the Week for the second consecutive time following the Bulldogs’ 45-32 win over Arkansas.

Chubb also earned the honor after his performance at #23 Missouri last weekend.

The true freshman from Cedartown, Ga., started his second game in place of Todd Gurley and ran 30 times for a career-high 202 yards (6.7 avg.) and a career-high two touchdowns.

Chubb jumpstarted the Bulldog offense after running 12 times for 127 yards (10.6 avg.) and two scores in the opening half, allowing Georgia to go up 38-6. He is the first true freshman to reach 200 yards rushing for the Bulldogs since Rodney Hampton in 1987.