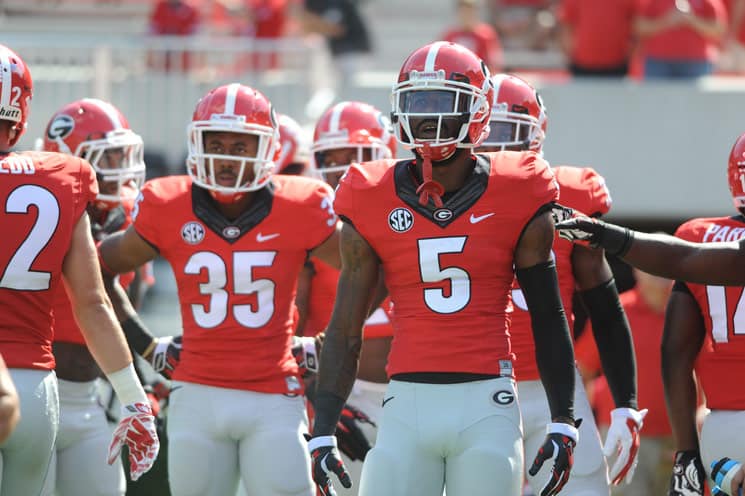 Swann started the 34th game of his career and finished with a career-high 11 tackles, including a sack, and forced two fumbles. The Atlanta native also had his second interception in as many games during Georgia’s win over the Razorbacks.

Thanks in part to Swann’s efforts this season, Georgia is leading the nation with a +13 turnover margin.

The true freshman from Cedartown, Ga., started his second game in place of Todd Gurley and ran 30 times for a career-high 202 yards (6.7 avg.) and a career-high two touchdowns. Chubb jumpstarted the Bulldog offense after running 12 times for 127 yards (10.6 avg.) and two scores in the opening half, allowing Georgia to go up 38-6.

Chubb is the first true freshman to reach 200 yards rushing for the Bulldogs since Rodney Hampton in 1987. He has accumulated 345 yards and three touchdowns in Georgia’s two consecutive road wins with Gurley sidelined.