Georgia-Arkansas to be televised by SEC Network at 4pm

Georgia-Arkansas to be televised by SEC Network at 4pm 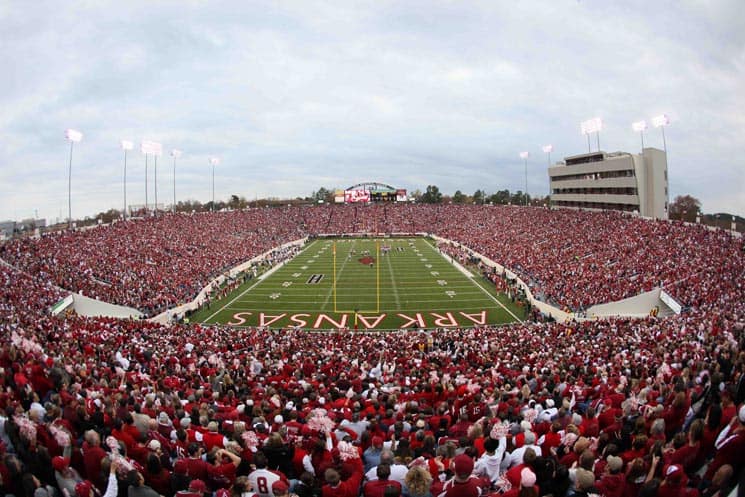 Georgia’s game at the Arkansas Razorbacks on Oct. 18 will be televised by the SEC Network at 4pm ET, the SEC announced today.

This will be the third appearance on the SEC Network this season for the Bulldogs. Georgia beat Troy 66-0 on Sept. 20 and Vanderbilt 44-17 on Oct. 4 on the network.

The game will be played at War Memorial Stadium in Little Rock rather than at Arkansas’ on-campus Donald W. Reynolds Razorback Stadium.

Listed below is the full SEC football schedule for the weekend of Oct. 18.