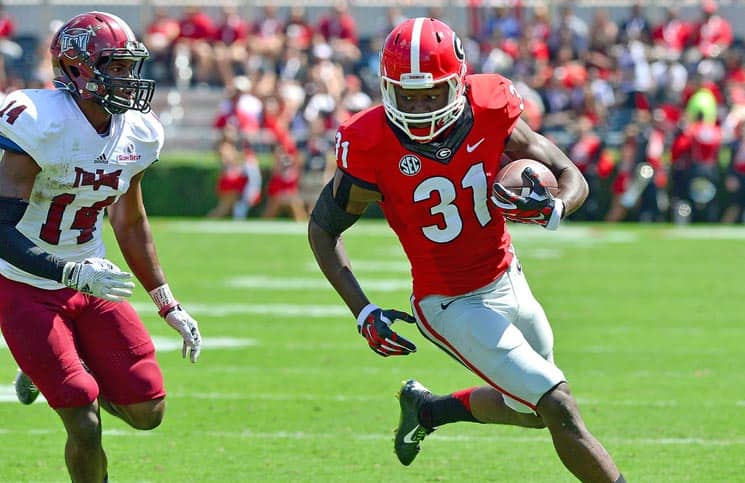 ATHENS, Ga. – Chris Conley was named to the Southeastern Conference Community Service Team for football on Monday evening, the latest in a lengthy list of accolades the senior wide receiver has earned.

Earlier this fall, Conley was named to the American Football Coaches Association’s Allstate AFCA Good Works Team, Georgia’s nation-leading 15th honoree since the award’s inception in 1992. He is now a candidate for the Good Works Team’s captain, a process where fans can vote daily at espn.go.com/Allstate/.

Conley also is one of 30 candidates for the Senior CLASS Award, is a semifinalist for the National Football Foundation’s Campbell Trophy and was one of 31 semifinalists for the Wooden Citizenship Cup.

Last spring, Conley was named the Atlanta Area Council of the Boy Scouts of America’s male “Peach of an Athlete” as the state’s top student-athlete excelling in academics, athletics and community service. He won the UGA Athletic Association’s Sportsmanship & Ethics Award for 2013, encompassing UGA’s 600 student-athletes in 21 different sports.

Conley has 14 receptions for 208 yards this season, an average of 14.9 yards per reception, with two touchdowns.