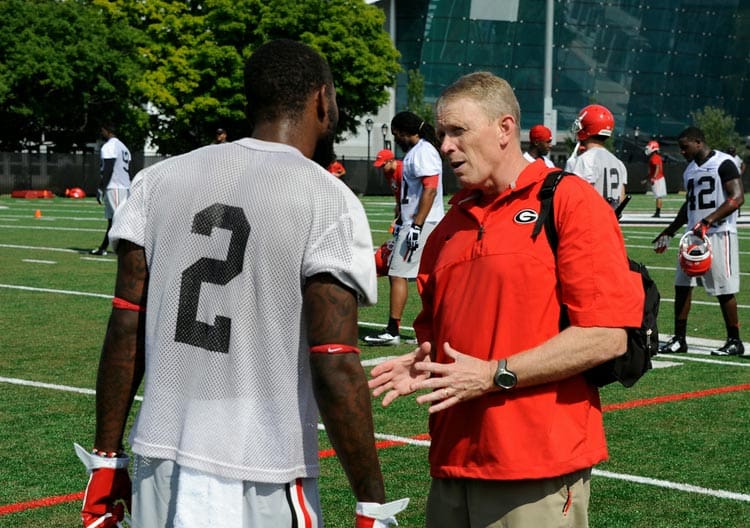 ATHENS, Ga. – Ron Courson, the UGA Athletic Association’s Senior Associate Athletic Director for Sports Medicine, recently received the Tim Kerin Award from the Gatorade Sports Science Institute. The award is presented annually to an athletic trainer who is not only skilled at keeping athletes safe and at their best, but also exhibits integrity, character, devotion to their community and, like Tim Kerin, works tirelessly to improve the athletic training profession.

Courson joined the UGA Athletic Association in 1995 after serving four seasons as director of rehabilitation at the University of Alabama. A graduate of Samford University, Courson performed two years of graduate work at the University of Tennessee-Chattanooga before graduating with honors from the Medical College of Georgia with a degree in physical therapy.

Courson returned to Samford to serve as director of rehabilitation from 1989-1991. Over the years, he has been involved with numerous international events, including working as an athletic trainer with the U.S. Olympic Team at the 1988 and 1992 Summer Olympic Games and serving as the chief athletic trainer for the 1996 U.S. Olympic Track and Field Trials.

In addition to his athletic training duties at UGA, Courson serves as an adjunct instructor in the department of kinesiology, teaching in the nationally accredited athletic training education program. He also works as a clinical instructor teaching student physical therapists from various institutions and is active in research and education in the field of sports medicine. He wrote the textbook, “Athletic Training Emergency Care,” and presents frequently at regional and national sports medicine meetings. Three years ago, Courson was inducted into the Southeast Athletic Trainers’ Association Hall of Fame and in 2005 he was honored with the NATA’s Most Distinguished Athletic Trainer award.

Outside of his immediate responsibilities, Courson remains active in his profession as he currently sits on the NFL Health and Safety Committee and the USA Football Medical Advisory Board. He previously served as president of the SEC Sports Medicine Committee, chair of the NATA’s College and University Athletic Trainers’ Committee and medical liaison to the American Football Coaches Association.

Tim Kerin began his professional career as the head athletic trainer at Penn Hills High School in Pittsburgh in 1969, and eventually worked his way up into the same post at the University of Tennessee. His commitment to the profession rewarded him with countless honors, including the Chancellor’s Citation from the University of Tennessee in 1990 and induction into the NATA Hall of Fame in 1993. Kerin was an early leader in a growing profession. Gatorade has sponsored the award in Kerin’s honor since its inception in 1994.