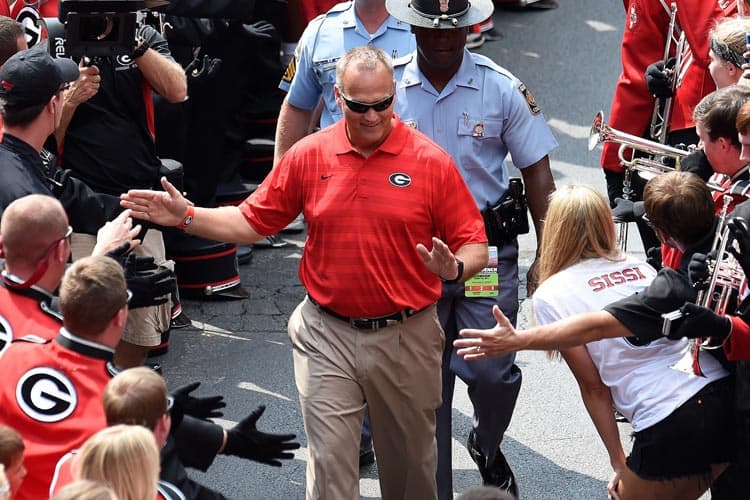 Yesterday we told you that Georgia has moved their 2015 football season opener against the Southern Jaguars to Sept. 26.

That move leaves the Bulldogs with no non-conference games the first three weeks of their 2015 football schedule and means UGA will likely open vs. an SEC opponent.

But there could be another change coming, and the tidbit came from an unlikely source — UGA baseball head coach Scott Stricklin.

Speaking on The Morning Show with Dave and Kris on 960 The Ref on Thursday, Stricklin said that Kent State will be coming to Athens in 2015.

“Kent State comes to Georgia next year in football, ” Stricklin said. “The football schedule hasn’t come out yet, but Kent State’s coming down here to Athens, and it’s going to be nice to see some of my old friends.”

In order for Kent State to play at Georgia in 2015, there will have to be more schedule shuffling for both teams.

Ken State currently has non-conference games scheduled at Illinois (Sept. 5), at Minnesota (Sept. 19), vs. Marshall, and vs. Coastal Carolina. One of those games will have to be postponed or canceled.

If a game is to be postponed, ULM would be the most likely one. But nothing is ever set in stone, so the Southern or Georgia Southern game could also be moved again.

The S.I.D. at Kent State confirmed to me that they will not be playing at Georgia in 2015 because “talks fell through.”