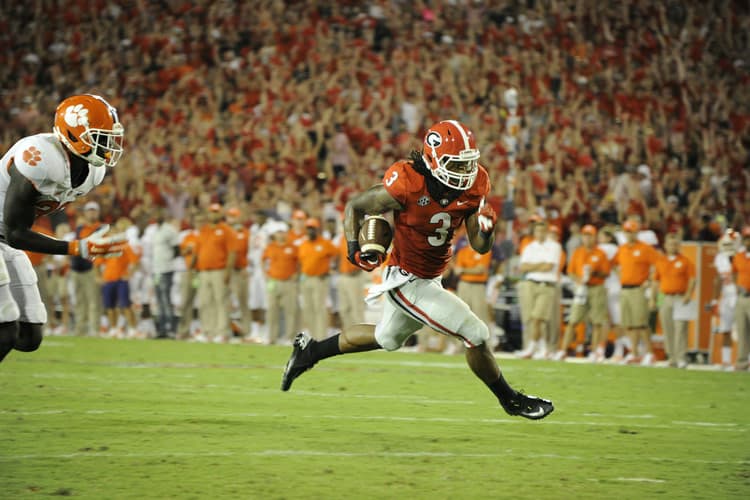 ATHENS, Ga. – Georgia junior tailback Todd Gurley is one of four players nationwide who has been named to the Paul Hornung Award’s Weekly Honor Roll for his game-changing versatility during the Bulldogs’ 45-21 win over #16 Clemson.

Gurley, a Tarboro, N.C., finished with a school record 293 all-purpose yards (former record 290, Rodney Hampton, 1987) and scored four touchdowns to help down the Tigers. He finished with his 14th career 100-yard rushing game after going for a career-high 198 yards and three scores on just 15 carries (13.2 average). His final carry was a 51-yard touchdown midway through the fourth quarter.

Gurley also tied an NCAA record by returning a kickoff 100 yards for a touchdown. This marked his second career 100-yard return for a score after he returned one against Buffalo during his first game as a Bulldog in 2012. Boykin, a cornerback/returner, had three 100-yard returns during his time at Georgia.