Richt expects South Carolina game to get "a little bloody"

Richt expects South Carolina game to get “a little bloody” 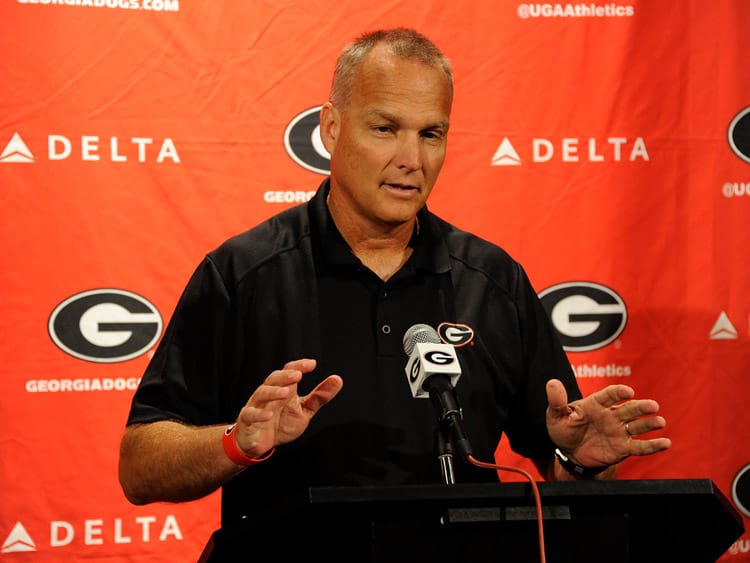 At his regular Tuesday press conference, Mark Richt was asked what type of game he expected on Saturday against the South Carolina Gamecocks.

“I’ve got a feeling this game could get a little bloody,” Richt said. “I think both teams are tough, physically, and I think both teams have got outstanding backs that can pound. I know both teams know how to throw and catch, I think history has proven that, but before it’s over it may get down to a little bit of a fist fight.”

Georgia has come to expect that type of game in Columbia lately–low scoring, defensive struggles that are won and lost with the running game and line play.

In their last four trips to Columbia, the Bulldogs have only mustered a total of 45 points, which is only 11.25 points per game. Georgia hasn’t scored more than 20 points there since winning 24-21 in 1994.

Those dismal offensive statistics led Mark Richt to expand on their performance against the Gamecocks on the road.

“I guess I’ve been there six times, this is my seventh time, and we haven’t scored many points but we’ve actually won four out of six games there,” Richt stated. “They’ve been some stout defensive battles, most of them. Last time we were there it obviously wasn’t much of a defensive battle. But it’s been tough going getting points over there for whatever reason, and hopefully we’ll do better. [David] Pollack, I think, scored more points than a lot of our offensive players there over those years.”

This year, the Dawgs are hoping to produce more offensively. Led by a fresh Todd Gurley, the Bulldogs have an explosive running game that also features Keith Marshall, Nick Chubb, and Sony Michel.

It will also be up to senior quarterback Hutson Mason to lead the team and execute the offense in a hostile environment. This will be Mason’s second start in a true road game and first against a conference foe.

Georgia and South Carolina meet on Saturday at 3:30pm ET on CBS.