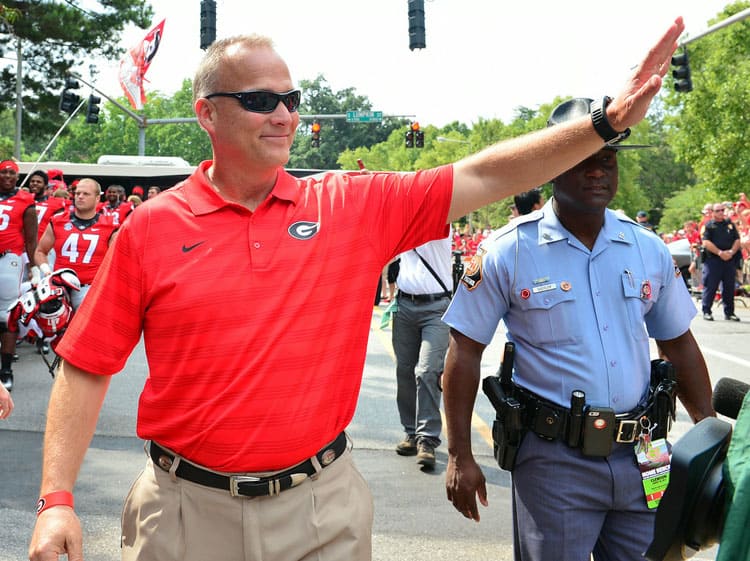 The deadspin article with a letter from me is bogus!!

Mark Richt, always a gentleman, can every so often get in some good, old-fashioned trash talking.

Courtesy of Deadspin, apparently a Clemson fan named Travis sent a letter to Mark Richt during the offseason. The letter was reportedly standard trash-talk, which badmouthed running back Todd Gurley and went on to say Clemson’s speed would “blow those hedges away.”

Sometime this week, Richt mailed the following letter to Travis: 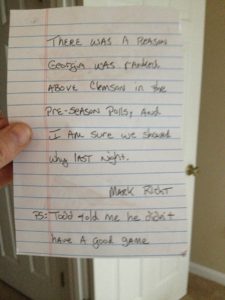 Mark Richt also sent Travis a cutout of the score from the newspaper: 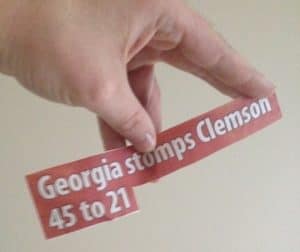