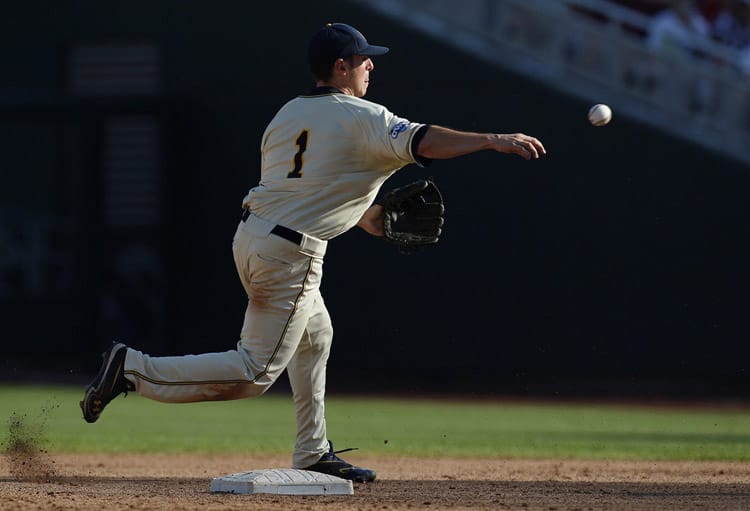 Rider, 24, will work with the infielders, assist Scott Daeley with the hitters and serve as the first base coach.

“Jimmy is one of the best players to ever put on a Kent State uniform, and he will be a great addition to our Georgia staff, and our players will benefit from him being in our dugout,” Stricklin said. “He just understands how to play the game, and he always got his job done. He’s not only the all-time hits leader in the MAC (Mid-American Conference), he may be one of the best defenders to ever play in the conference as well.”

A 26th round draft pick of the Pittsburgh Pirates in 2012, he spent three seasons playing professional baseball in the Pirates and Boston Red Sox organizations as a utility infielder.

A four-year starter and team captain for the Flashes, Rider was the catalyst behind Kent State’s run to the 2012 College World Series (CWS). He was named a first team All-American by Baseball America and Collegiate Baseball and a second team selection by the American Baseball Coaches Association. Also, he earned Academic All-MAC honors in 2012.

As a senior, he hit .367 with five home runs and 63 RBI during the regular season to earn All-MAC honors, and then he made the NCAA All-Regional team and delivered a game-winning double at 10th-ranked Oregon to win a Super Regional to send KSU to its first-ever CWS. In Omaha, he hit a home run against Arkansas and went 2-for-5 with three runs scored in a win over top seed Florida to eliminate the Gators. He finished the year with single season school records for hits (106), doubles (30), assists (232) and a .979 fielding percentage.

Rider enjoyed a stellar prep career as a shortstop for the Peters Township Indians and coach Joe Maize. He was part of a Class AAAA state title team in 2007 as well as a summer league championship squad for the Steel City Wildcats.