Georgia getting set to face Tennessee

Georgia getting set to face Tennessee 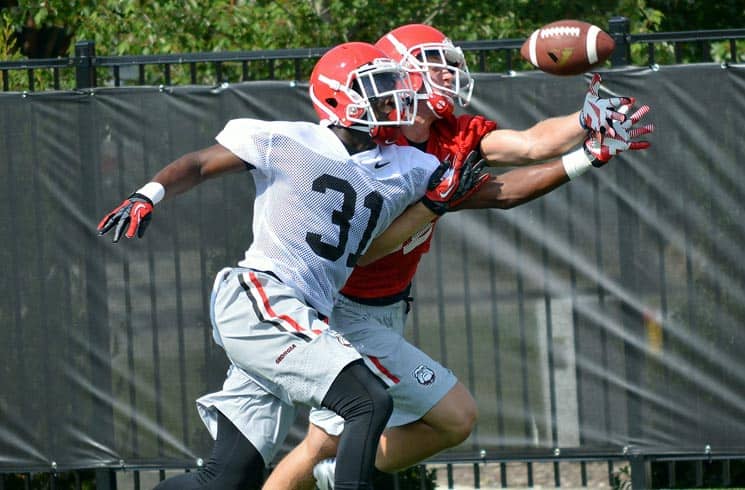 ATHENS, Ga. – The 12th-ranked Georgia Bulldogs completed a two-hour workout Wednesday as they get set to face Tennessee.

Georgia coach Mark Richt said the Bulldogs were not as sharp during Wednesday’s session compared to Tuesday’s practice, but they have one more day to prepare on the field. Then, he provided an update on a handful of Bulldogs who have been sidelined.

Richt said he’s hopeful that wide receivers Malcolm Mitchell, Justin Scott-Wesley and Jonathon Rumph would return next week. The trio has yet to see action this season due to a variety of ailments.

“We hope they all will be able to start practicing again next week, and if all goes well, they can play,” Richt said.

While the news regarding the receivers was good, Richt did announce that it was doubtful that junior defensive back Shattle Fenteng would play any more this year due to a shoulder injury from preseason camp.

“We’re pretty sure it’s going to require some surgery,” Richt said. “We thought he was going to be a guy that would match up with some of the bigger receivers out there, but it just didn’t work out this year. We’ll look into it (a redshirt).”

Fenteng played briefly against Clemson in the season opener and has been sidelined since that contest. Meanwhile, sophomore safety Quincy Mauger, who was injured during last week’s win over Troy, has returned to see a bit of action this week. Richt said he anticipates Mauger dressing out and being ready Saturday. Mauger has played in all three games this year including a start against the Trojans.