Bulldogs "Got Better" during Tuesday practice

Bulldogs “Got Better” during Tuesday practice 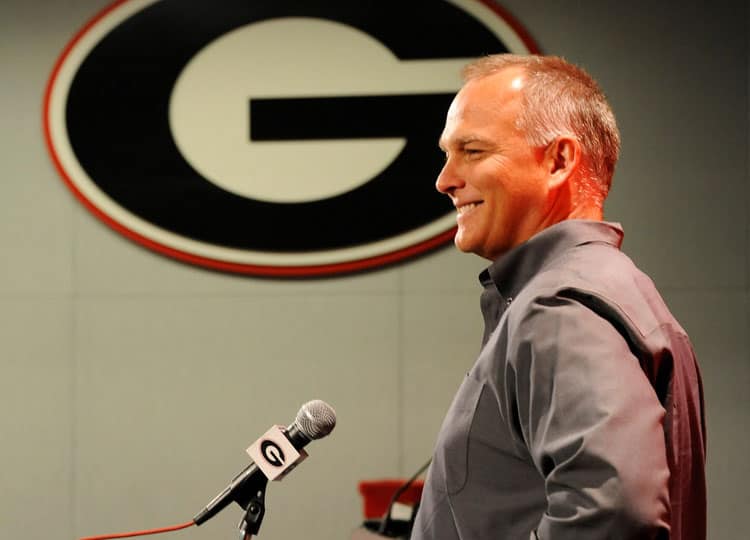 ATHENS, Ga. – The No. 12 Georgia Bulldogs practiced in full pads for more than two hours on Tuesday afternoon as they continue working to prepare for this Saturday’s SEC matchup with Tennessee at Sanford Stadium.

“Practice was very good today as far as our effort,” head coach Mark Richt said. “I was very proud of the scout team work today, and I really thought we got better because of it. If we could do that for two more days, we’ll do all we can do.”

“We’re excited about playing this game versus Tennessee,” Richt said. “Both teams, obviously, are looking for their first conference victory. We’ve played a conference game; they have not. But the grind has begun for everybody when it comes to league play, and we absolutely need to have a great performance to get the win. Coach (Butch) Jones is in his second year and doing a fantastic job, in my opinion. Just by looking at the tape you see a bunch of well-conditioned athletes. You see a bunch of guys that are playing extremely hard and are very well-coached.”

Georgia’s assistant coaches visited with the media following Tuesday’s practice. John Lilly, who coaches offensive special teams in addition to tight ends, talked about the qualities that earned Reggie Davis a spot as a team captain this week.

“I think Reggie has really grown to have a great desire in the roles that he’s in,” Lilly said. “You see him back there as a punt returner, and he had a big return the other day, but he’s also a guy that’s blocking on the punt return team. Some guys, if they don’t have the ball in their hands, it’s not as important to them. It is important to him, and he did a nice job blocking on another punt return that we did return for a touchdown. He’s also doing a nice job running down covering punts. He’s a guy who is playing a lot of snaps offensively and logs a lot of miles on his legs offensively but when it’s time to cover kicks or return kicks or whatever, he’s one of the first ones who jumps up and has enthusiasm about it and gets excited about it.”

Kickoff for Saturday’s matchup between the Bulldogs (2-1, 0-1 SEC) and the Volunteers (2-1, 0-0 SEC) has been set for 12:01 p.m. The game will be televised by ESPN, with the announce team of Dave Pasch, Brian Griese and Tom Luginbill calling the action.