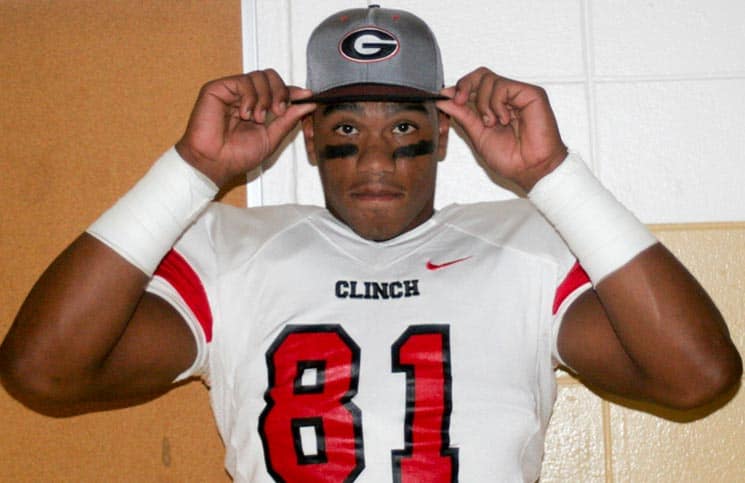 Just prior to Saturday’s game against Tennessee, Georgia picked up their third commitment for the 2016 recruiting class when four-star defensive end Chauncey Manac pledged to the Bulldogs.

In the 247Sports Composite rankings, Manac is listed as a 4-star recruit, the No. 5 weakside defensive end, and the No. 63 overall recruit.

Manac joins 5-star quarterback Jacob Eason and 5-star offensive tackle Ben Cleveland, who both committed to the Bulldogs in July.