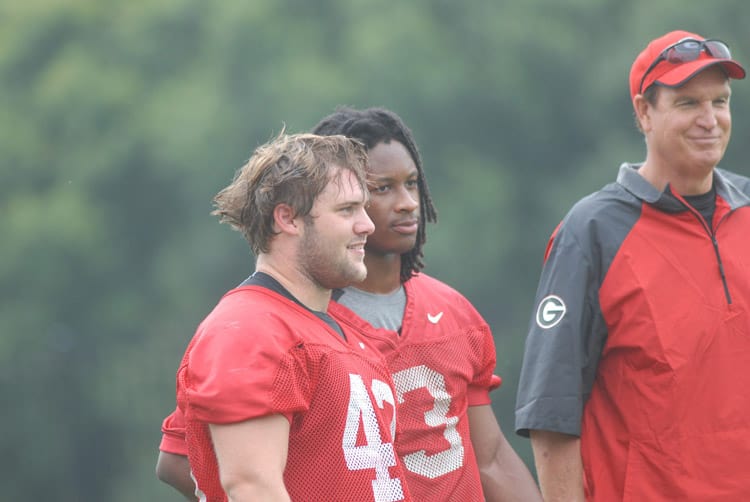 Reports of Hall having to give up football first surfaced on Tuesday when quarterback Hutson Mason first told reporters about the situation.

Merritt Hall hails from Alpharetta, Georgia and played at the Wesleyan School. He walked on to the UGA football team in 2011 and earned a scholarship in 2012.

At Georgia, Hall appeared in 25 games and made seven starts.

Hall was the subject of a viral video last week from preseason practice. Freshman Nick Chubb knocked him down during a drill

Teammate and good friend Todd Gurley posted the below picture to his social media accounts. It came with the following text:

All I have to say is this is a bond that’s Unbreakable no matter what happens, @merritthall34 I love this guy right here so much my back bone on the field (pause) will be truly miss out there but I’m glad he’ll be with us this season supporting through it all, my brother is a true soldier and I’ll always have his back. love you brother I know I give you hard time but it’s tough love you’re a great friend keep your head up we’re here for you buddy ole pal.