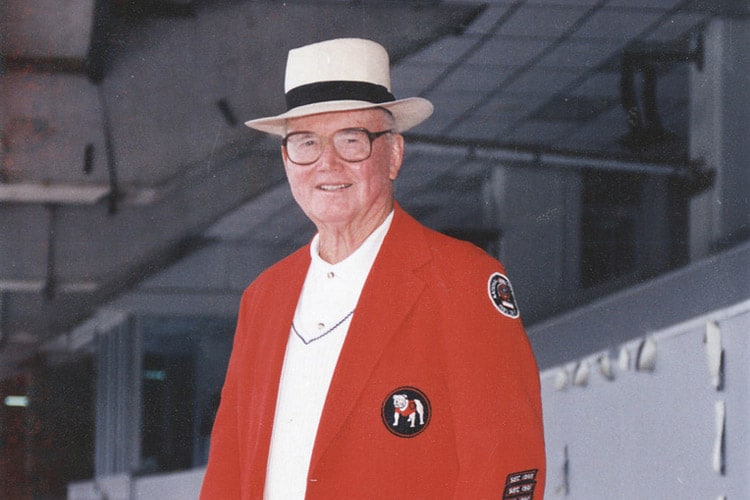 A special decal will be worn on the Georgia football helmets Saturday honoring Bulldog legend Dan Magill who died last Saturday at the age of 93.

The decal spells “MAGILL” with the Georgia power “G” used in the lettering.

An Athens native, Magill began his 60-year association with University of Georgia athletics as a baseball batboy in the 1930’s and continued in numerous roles until his retirement in 1995. During his tenure
he served as sports information director, head men’s tennis coach, and founder of the Georgia Bulldog Club.