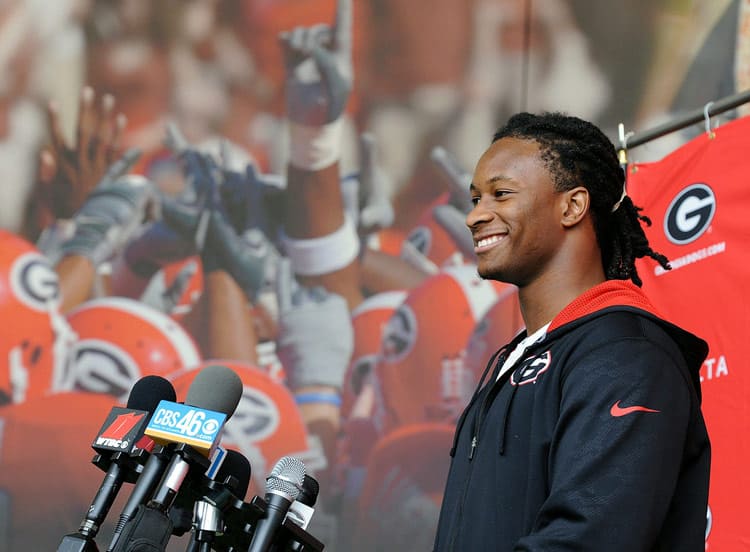 UGA junior running back Todd Gurley, widely regarded as the top rusher in the country, is included on ESPN’s 2014 Heisman Watch List.

These, of course, are preseason rankings by 10 ESPN experts and will change as the games are played.

Despite missing 3.5 games last season due to injury, Gurley rushed for 989 yards and 10 touchdowns. He averaged 6.0 yards per carry in 2013 after averaging 6.2 as a freshman.

Gurley has also caught 53 passes for 558 yards and five touchdowns in two seasons.

Last night on the new SEC Network, Gurley stated that he was in the best shape of his life. He also said he’s done a lot of training that he hopes will deter further injuries. 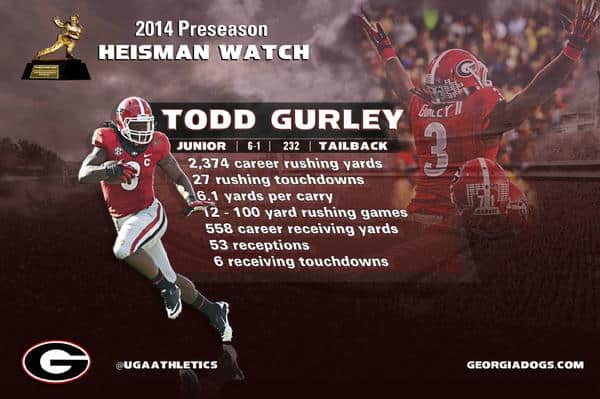