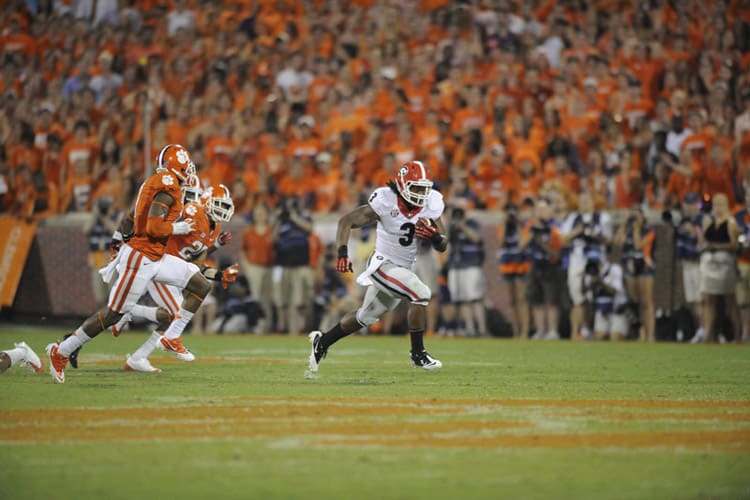 The Georgia Bulldogs are set to open the 2014 season on Saturday when they host the Clemson Tigers at Sanford Stadium. The game will be televised nationally by ESPN at 5:30pm ET.

Georgia has played Clemson 63 times in their history, winning 41 of those contests against 18 losses and 4 ties.

UGA comes into the season ranked 12th in both the AP and Coaches polls. Clemson is ranked just below Georgia at 16th in both polls.

Georgia returns most of their offense from 2013, except record-setting quarterback Aaron Murray. In his place will be senior Hutson Mason, who is 1-1 as a starter after filling in for the injured Murray late last season.

Mason and the Bulldogs will likely lean on the running game, which features Todd Gurley, Keith Marshall, and Brendan Douglas, along with super freshmen Nick Chubb and Sony Michel.

Clemson has a much ballyhooed defensive front, but Georgia should be able to move the ball against the Tigers as they did last season. The real question will be on the defensive side of the ball, particularly in the secondary.

New defensive coordinator Jeremy Pruitt is tasked with fixing the communication of the defense and their tackling form, both sores spots in 2013.

If the defense can gel and make the necessary stops, the Dawgs could head into Columbia on Sept. 13 with a chance to take a big lead in the SEC East.