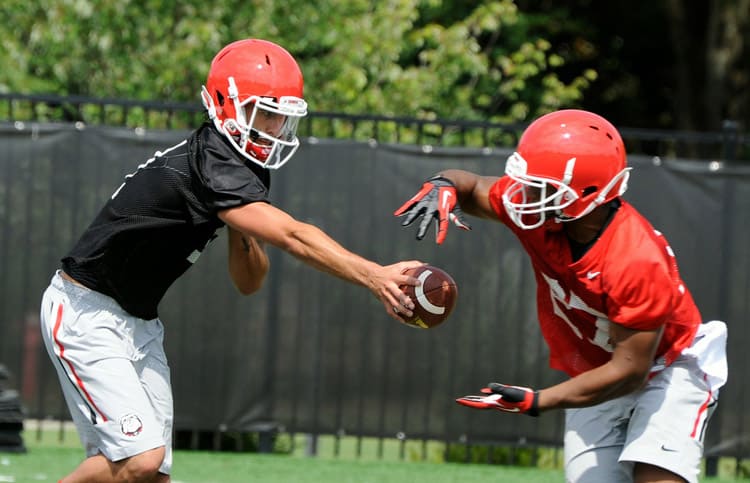 “It was not a scoring fest, but I thought both groups did a nice job,” Georgia coach Mark Richt said. “We wanted to see the matchups today, going best on best. One of the better things that happened was the lack of big plays that we gave up. The first drive was an 11-play drive for a touchdown and that was it. Our defense didn’t’ give up any big runs today of more than 20 yards; the longest was 19 by (freshman Nick) Chubb. The offense moved the ball well but had to kick field goals, and Marshall (Morgan) struck it well. Overall, I saw lot of good things.”

Nick Chubb led the running backs with 52 yards on seven carries. Keith Marshall had 23 yards on five carries, while Todd Gurley was held to 13 yards on only five attempts.

Quarterback Hutson Mason was 10-of-13 for 104 yards with no touchdowns and no interceptions. Brice Ramsey threw for 134 yards, and he was followed by Faton Bauta with 102.

“It felt good to be back playing in Sanford Stadium.” Mason said. “You get a different excitement, different atmosphere as opposed to the practice fields and the Butts-Mehre building in the background. I thought the scrimmage was kind of a draw. The offense did good things, and the defense did some good things.”

“We had some success and that was good,” Josh Dawson said. “Competition always brings out the best in everybody. Overall, I think we did pretty well.”