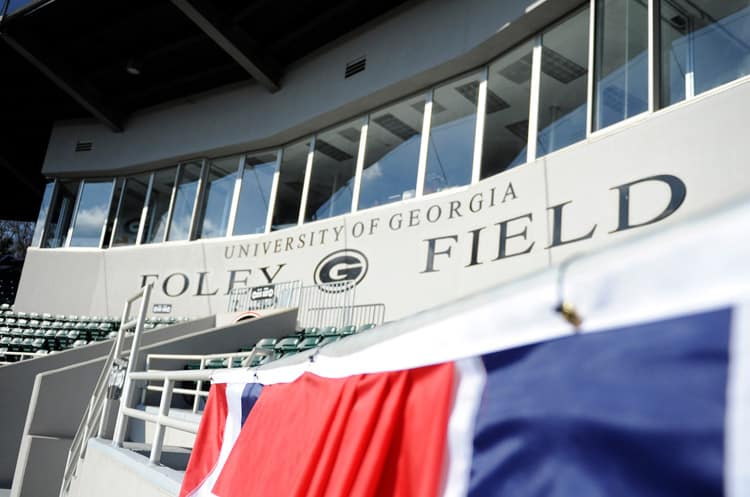 The SEC has officially announced the 2015 baseball schedule. Georgia opens SEC play at home on March 13, 2015 vs. Missouri.

After the three-game opening series against the Tigers, the Diamond Dawgs travel for consecutive series at Tennessee (March 20-22) and South Carolina (March 27-29).

The Bulldogs then return home to host the National Champion Vanderbilt Commodores (April 3-5) before traveling to play Alabama (April 10-12). The series with the Crimson Tide will be played at Hoover Metropolitan Stadium, the annual site of the SEC baseball tournament.

Georgia will not face Mississippi State, Ole Miss or Texas A&M in the 2015 regular season.

The non-conference portion of UGA’s 2015 schedule is nearly complete, and a tentative copy was previously released to SicEmDawgs.com. Georgia is set to open the 2015 season on Feb. 13 vs. UNC-Charlotte and then begins a three-game series vs. Florida State on Feb. 20 (full schedule at link below).