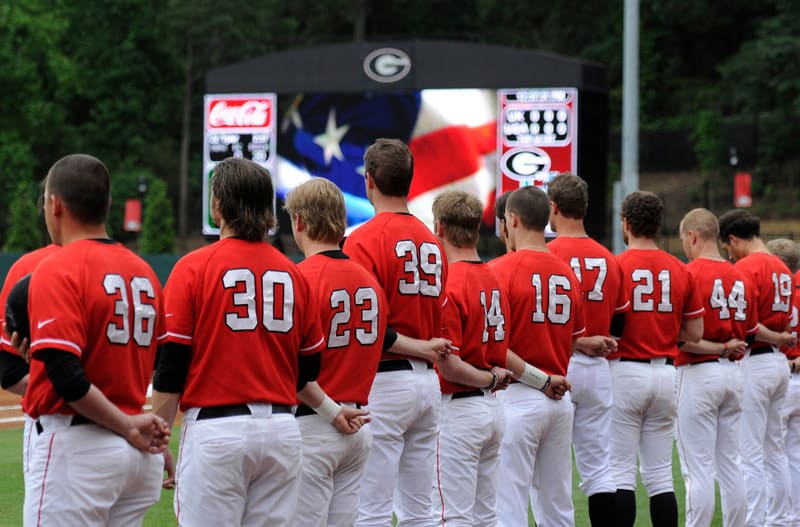 The Georgia Bulldogs are set to host the Florida State Seminoles in a three-game series at Foley Field in 2015. These and other tentative 2015 matchups were released to SicEmDawgs.com by UGA via an Open Records Request.

Florida State is currently slated to visit Athens on Friday, Feb. 20 through Sunday, Feb. 22. The Seminoles, who finished the 2014 season 43-17, won two games against the Bulldogs in Tallahassee earlier this year. The third game was canceled.

UGA is tentatively slated to open the 2015 season at home against UNC Charlotte on Friday, Feb. 13. Two more games against the 49ers follow on Saturday and Sunday.

Road SEC series for the Bulldogs in 2015 include Tennessee, South Carolina, Alabama, Auburn, and Kentucky.

The Diamond Dawgs also have a few tentative non-conference matchups tentatively set for the 2016 season. Those games are listed below: