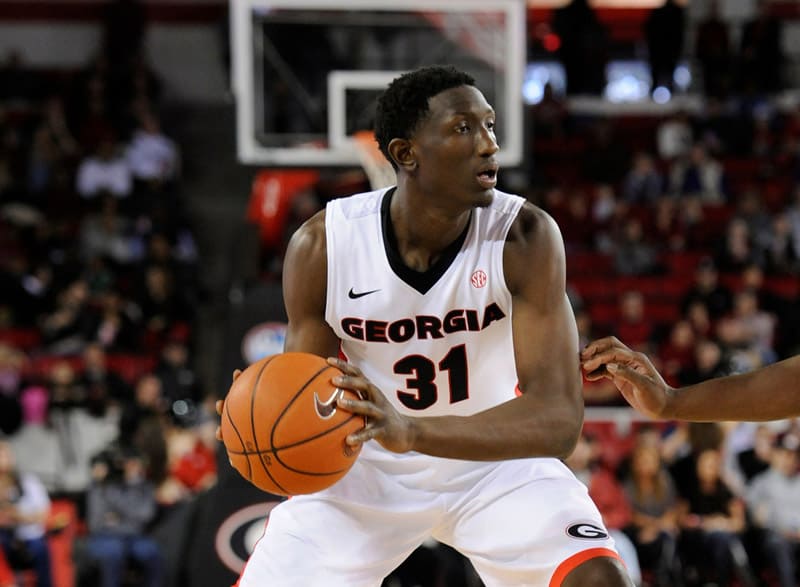 UGA junior forward Brandon Morris was arrested early Sunday morning in Athens and charged with possession of marijuana with intent to distribute.

This is the second infraction for Morris, as he was suspended for the first three games last season by head coach Mark Fox. Reasons for the suspension were never disclosed.

If this is Morris’ second violation of UGA’s drug policy, he will be suspended for no less than 30 percent of the 2014-15 season.

Since the charge is a felony, Morris is immediately suspended from athletic competition according to UGA policy. More from the ABH:

An athletics comprehensive action plan committee will forward a recommendation to athletic director Greg McGarity. Options include dismissal, suspension, reduction or cancellation of athletic aid. McGarity will approve, modify or return the case to the committee.