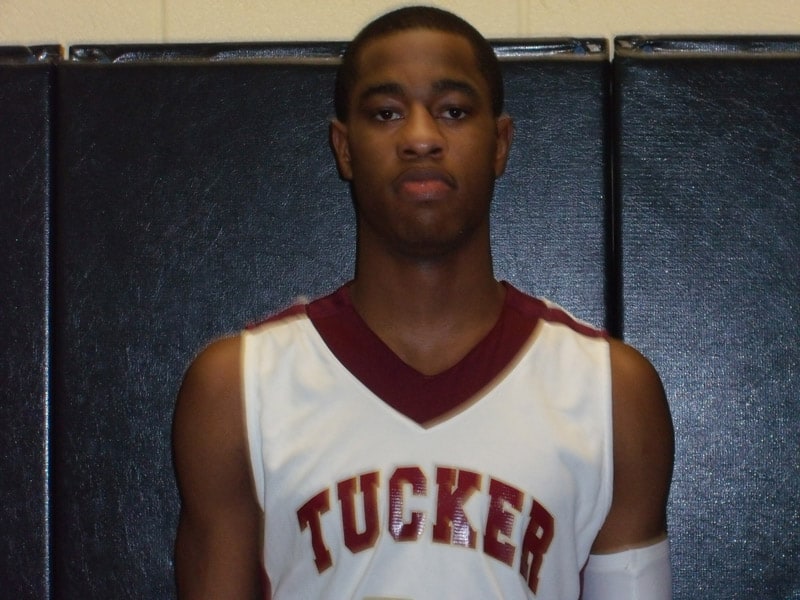 We are just under three days until the UGA football team begins fall practice, but the Bulldogs still have a late addition to the 2014 roster.

Joseph Ledbetter, who has played basketball the past two seasons at Division II Pfeiffer College in North Carolina, has committed to the Georgia Bulldogs after receiving an offer at Dawg Night.

Ledbetter, a 6-foot-3, 239-pound tight end, is the older brother of current 4-star Alabama commitment Jonathan Ledbetter. The Dawgs have been trying to flip Jonathan their way, and the addition of his older brother to the team could aid in that area.

Joseph Ledbetter played football when he was younger, but focused on basketball in his final two years of high school. He played at Oak Hill Military in Virginia as a junior, and then returned home to play for Tucker High School as a senior.

“(This happened through) lots of hard work, first off. I took it upon myself to reach out to different schools and coaches. Georgia was a school that caught my eye the most,” Joseph Ledbetter told UGASports.com. “So, I tried to stay in contact with their coaching staff and Coach Richt, as much as I could, but since I was an athlete at a different school before this, it was not easy. I just stayed in contact, as much as I could. Eventually, it paid off when I got an opportunity to go to Dawg Night. That Sunday after, they called and offered me a full scholarship, and I accepted.”

According to Ledbetter, UGA is still finalizing his paperwork for enrollment. It’s not currently clear if he will be able to play in 2014, but he should have three years to play two.