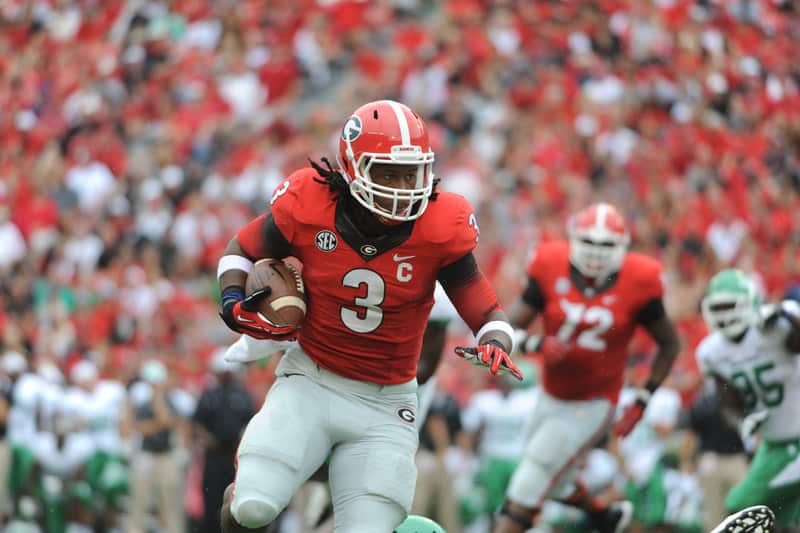 Junior Todd Gurley has been one of 53 running backs nationwide included on the Doak Walker Award Watch List, which is given to the country’s premier player at this position.

Gurley, native of Tarboro, N.C., is one of 10 running backs from the Southeastern Conference on the list.

Gurley, a native of Tarboro, N.C., was an All-SEC Second Team selection last year despite playing in only 10 games because of injuries. Gurley averaged 98.9 yards a game in 2013 after rushing for 989 yards and 10 touchdowns. The versatile back was also third on the team with 37 catches for 441 yards receiving and a team-leading six touchdowns. As a true freshman in 2012, Gurley piled up 1,385 yards rushing and 17 touchdowns and earned Freshman All-America honors.