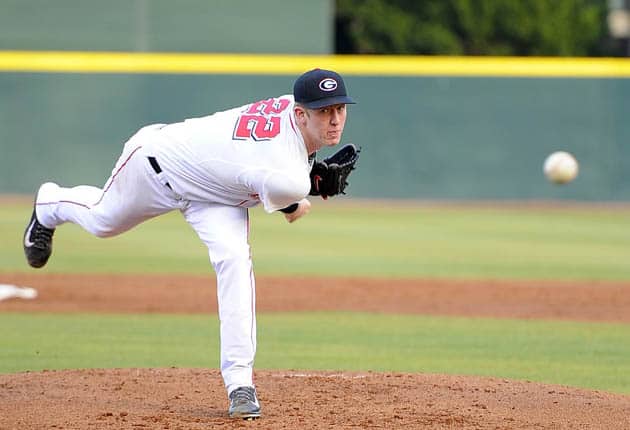 Tyler is the 24th Bulldog in school history to be named a Freshman All-American and the first since outfielder Hunter Cole in 2012.

Tyler’s season highlights included being named SEC Pitcher of the Week after firing a complete game three-hit shutout over #11 Ole Miss in Oxford on May 10. Also, twice he was named SEC Freshman of the Week. In his final start this year, he beat Kentucky to help Georgia clinch a spot in the SEC Tournament.

Later this month, Tyler will compete for a summer roster spot on the 2014 USA Baseball Collegiate National Team (CNT) with camp beginning on June 19 in Cary, N.C. The final 24-man roster will be announced on June 29. The CNT season features games in North Carolina plus a tournament in the Netherlands in mid-July and a series in Cuba from July 23-27.

Collegiate Baseball selected Ball State right-hander Zach Pleasac as Freshman Pitcher of the Year after he went 12-2 with six saves and a 2.11 ERA in 25 appearances. The Freshman Player of the Year award went to second baseman Jake Noll of Florida Gulf Coast after he batted .367 with 18 doubles, 29 RBI and 25 stolen bases.