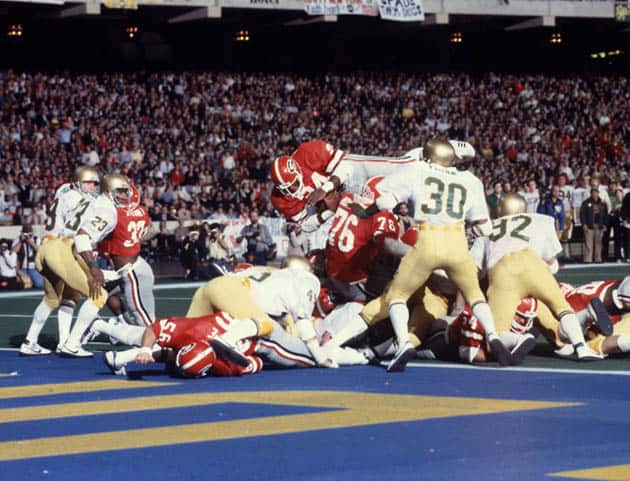 The Georgia Bulldogs and the Notre Dame Fighting Irish have scheduled a home-and-home football series for 2017 and 2019, both schools announced today.

Georgia will travel to face Notre Dame at Notre Dame Stadium in South Bend on Sept. 9, 2017. In the second and final game of the series, the Bulldogs will host the Fighting Irish at Sanford Stadium in Athens on Sept. 21, 2019.

“This series will generate an overwhelming level of excitement for our student-athletes and supporters,” said UGA Director of Athletics Greg McGarity. “We have a tremendous amount of respect for Notre Dame and look forward to the start of this memorable experience.”

The 2017 game will be the first meeting between the two schools since they met in the 1981 Sugar Bowl. Herschel Walker led UGA to a 17-10 victory, which ultimately led the Bulldogs to be crowned 1980 consensus national champions.

“Playing Notre Dame will be an honor and a great challenge for us,” said UGA head coach Mark Richt. “I have a lot of respect for the job Coach Kelly is doing there and I’m sure college football fans across the country will enjoy watching our two teams compete.”

“These are two very attractive football games against a Georgia program that also has impressive history and tradition. Mark Richt has done an excellent job keeping that program at the forefront, both in the SEC and nationally,” said Irish coach Brian Kelly.