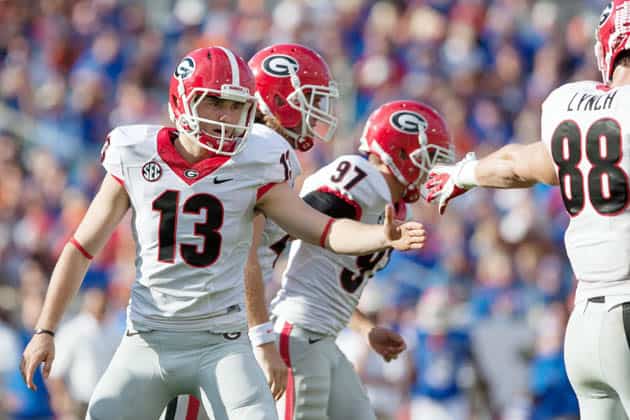 Eleven members of the Georgia football team have named to the Athlon Sports Preseason All-SEC Team, it was announced Wednesday.

Gurley has rushed for 2,374 yards and 27 touchdowns in his first two seasons. The Tarboro, N.C., native also led the Bulldogs with six touchdown catches in 2013.

Wilson, a native of Tampa, Fla., was a first team All-SEC selection after he led the league with 133 tackles last season. He finished his junior campaign with 11 tackles for loss, including four sacks.

Morgan set the SEC record for best field goal percentage (91.67) with a minimum of 20 made in 2013, going 22-for-24. The junior from Ft. Lauderdale, Fla., also set the school record for most consecutive field goals made in a season with 17.