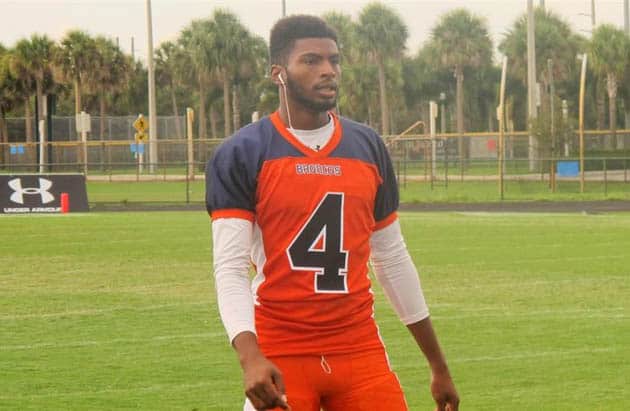 Georgia has lost one member of their 2014 football signing class to academics.

Head coach Mark Richt told reporters in Macon today that there is “a young man who is not going to make it.” Richt did not specify the name of the player, but according to Dawgs247, that player is wide receiver Gilbert Johnson.

Johnson (6-4, 190) committed to UGA in June of 2013 and signed with the Dawgs in February. He is a three-star recruit out of Southridge High School in Miami.

The good news for the Bulldogs is that there are no other casualties. 19 of the other 20 members of the 2014 recruiting class have reported to campus. JUCO transfer Shattle Fenteng will report in July.

“Everybody who was supposed to make it, made it,” Richt said. “I don’t anything will change on that front other than Shattle will (report) in July.”