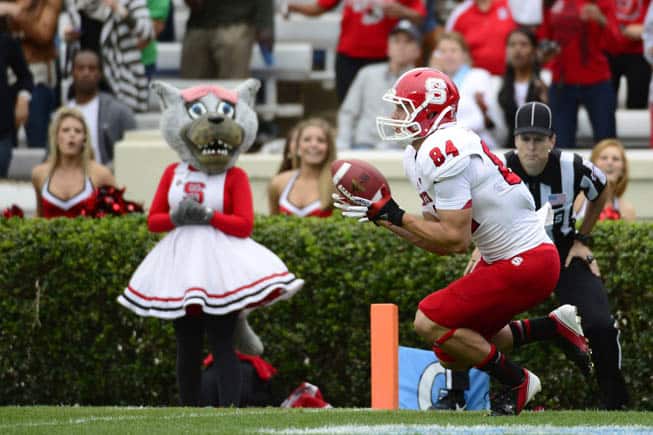 With the loss of several players due to dismissals and lack of playing time, the Georgia Bulldogs were in need of some good news. Yesterday they finally got some.

Charlie Hegedus, a 6-foot-2, 210-pound wide receiver from NC State, is transferring to UGA and will be able to play immediately due to receiving a hardship waiver.

Hegedus is already in Athens and will participate in summer workouts.

“My heart has always been at Georgia,” Hegedus told Dawgs247. “I wanted a chance to come back home and play for the home state and to play in this offense they run.”

Hegedus played for Lassiter High Schools along side UGA quarterback Hutson Mason. He then signed with NC State in 2012 over offers from Oklahoma State, UCF and a few others.

In two seasons with the Wolfpack, Hegedus caught 10 passes. He will have three years to play two at Georgia.