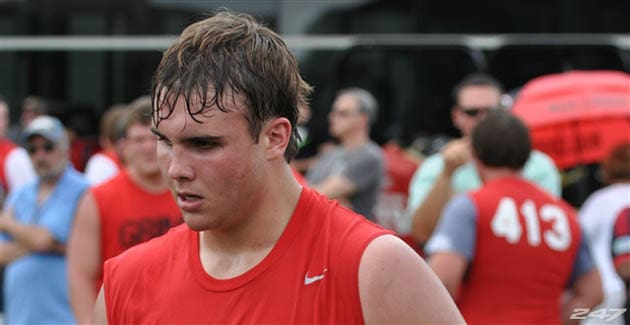 The Georgia Bulldogs have picked up another verbal commitment, and this one is from offensive lineman Sage Hardin of Marist School in Atlanta.

I have officially decided that I will be committing to the University of Georgia #CommitToTheG #Fam15 🏈 pic.twitter.com/0Czuwg0gKR

“There were a handful of reason I chose Georgia. First of all, the geographical location. It’s close to home, at only an hour and a half. I love my family, and I’ll get to see them as much as I want. It’s a good distance to where we can still be close but not smothering,” Hardin told UGASports.com.

“Secondly, the fanbase, the tradition, and the alumni association. I believe I want to live Atlanta when I get older, so having those connections built with Georgia alumni will help me a lot down the road.”

The Bulldogs now have 13 commitments for the 2015 class. Hardin is the second offensive lineman commitment, joining DeVondre Seymour of Suwanee, GA.