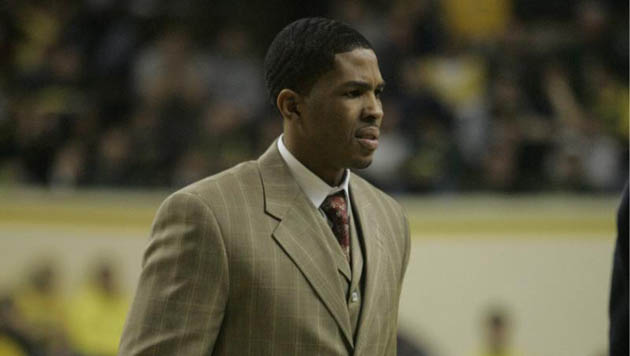 Photo: U. of Oregon

ATHENS, GA – Atlanta native Yasir Rosemond, a veteran of more than 10 seasons in collegiate coaching, was named as Assistant Basketball Coach at Georgia, according to an announcement Friday by head coach Mark Fox.

Rosemond, 37, has built a reputation for success in recruiting and player development at each stop of his career thus far. Most recently, he came to Georgia after two seasons at Samford University in Birmingham, Ala. At Samford he recruited and coached players that have won the Southern Conference Freshman of the Year award the past two years.

“I am excited to add Yasir to our staff,” Fox said. “He came very highly recommended by his former employers, high school coaches and summer programs he worked with. Here at Georgia he will spend a great deal of his efforts recruiting and he will work with our perimeter players on the court.

“I am confident he will be a great addition to our program, with his experience and his roots already in Atlanta. He should be able to be fully in place when our players return for school and workouts this summer.”

Rosemond came to Samford in April of 2012 after spending the 2010-11 seasons as an assistant coach at Seattle University under another native Atlantan, Cameron Dollar. Previously, he had served five seasons at his alma mater, the University of Oregon, under head coach Ernie Kent. The first two of those years he was Director of Basketball Operations, the latter three as Assistant Coach. While on the Ducks’ coaching staff, Rosemond helped assemble a Top 25 recruiting class in 2008 and also coached Aaron Brooks, who earned All-America honors in 2007 and currently plays for the NBA’s Denver Nuggets.

Before joining the staff at Oregon, Rosemond coached as an assistant for two seasons at Redlands Community College in El Reno, Okla., helping the team advance to the national junior college championship game in 2005.

Rosemond’s playing career included stops at Okaloosa-Walton Junior College in Florida for one season and also Butler (Kan.) Community College, where he redshirted. He then played at Oregon for two seasons before transferring to Seattle Pacific, where he competed for coach Ken Bone in his senior year.

During his four-year professional basketball career in Brazil, Rosemond found time to complete his bachelor’s degree in sociology from Oregon in 2003.

“I’m really excited to be joining the Georgia program,” Rosemond said. “Being from Georgia myself, this is a place that’s always been on my mind as somewhere I’d like to be. I knew of Coach Fox during my time on the West Coast. When I finally met him, he was a really down to earth guy. He has this program headed in the right direction, and I’m looking forward to being a part of it.”