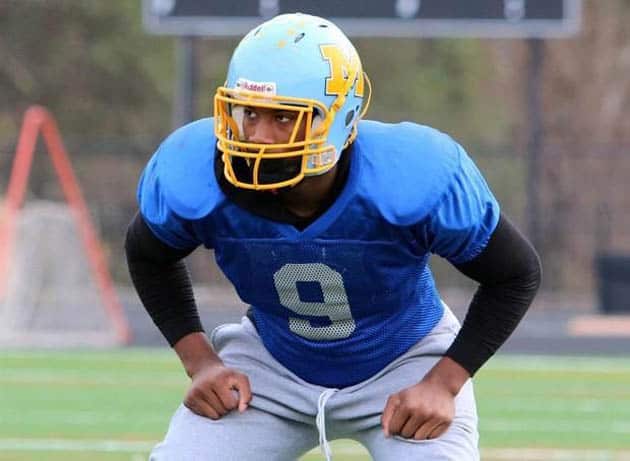 Defensive end/outside linebacker Natrez Patrick committed to the Georgia Bulldogs this evening at halftime of his spring game in Atlanta. Patrick is the 8th verbal commitment for the class of 2015.

Although Patrick plays defensive end in high school, he will likely line up at outside linebacker in Jeremy Pruitt’s 3-4 defense.

“Coach (Pruitt) talked to me about playing the outside linebacker position,” Patrick told UGASports.com. “Probably ‘Jack’ because he rushes more. Like on third down, he will rush the passer and come off the edge so probably the ‘Jack’ position.

“I’m comfortable with both defensive end and outside linebacker. I feel like I am a versatile guy so I don’t mind doing either one.”

Natrez Patrick is one of the handful of UGA football recruits that received a hand-drawn, autographed portrait.