Georgia falls 13-0 to Kentucky at home

Georgia falls 13-0 to Kentucky at home 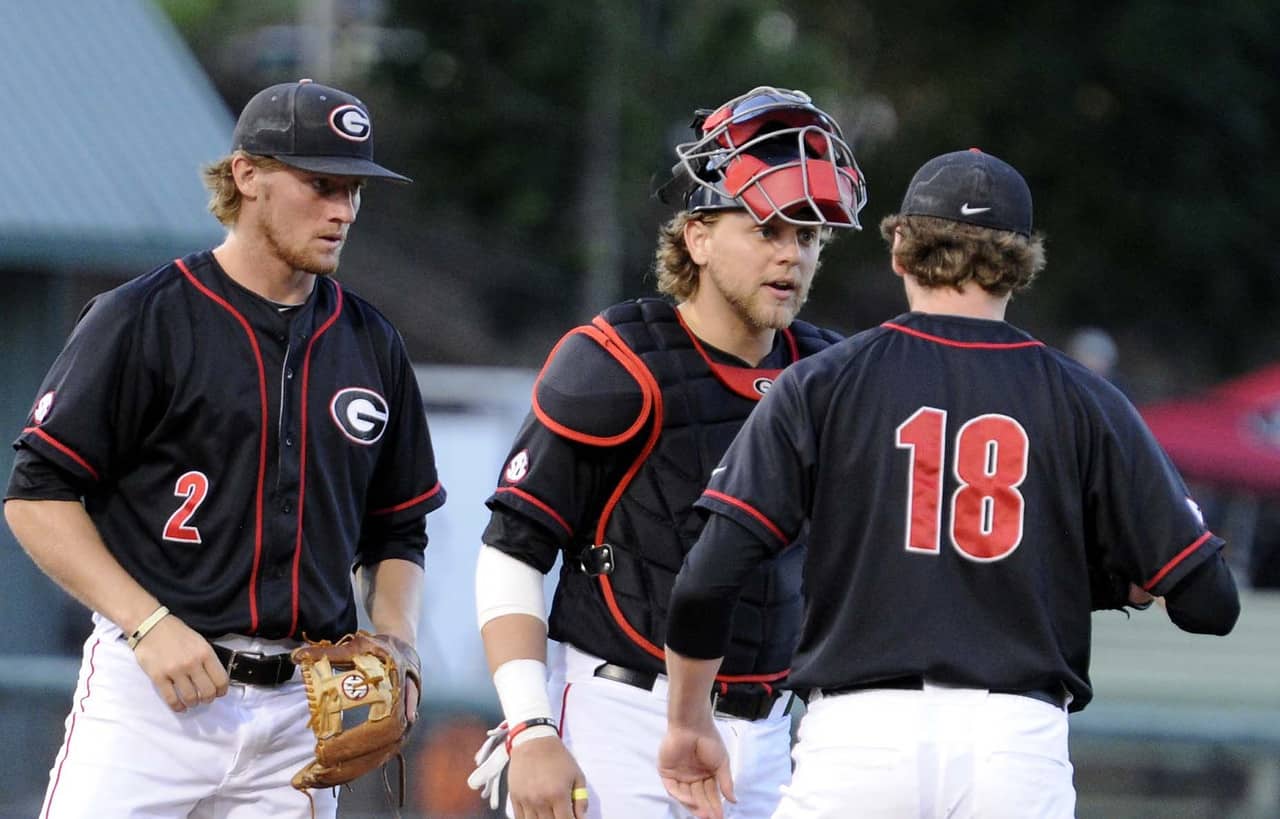 Georgia dropped a 13-0 decision to Kentucky on Thursday evening at Foley Field in the first game of the final regular season series.

Kentucky starting pitcher A.J. Reed earned the win for the Wildcats to improve to 10-2, giving up just three hits and no runs while striking out three and walking two batters over eight innings of work. Reed also sparked the Kentucky offense, going 4-for-6 at the plate with a double, a pair of RBIs and a run scored while batting in the three-hole position. The Wildcats finished with 19 hits, including four from Max Kuhn and two apiece from Ka’ai Tom, Micheal Thomas and Matt Reida. Kuhn added four RBIs while Tom and Austin Cousino chipped in with three RBIs apiece.

Starter Ryan Lawlor took the loss for Georgia to fall to 4-6 on the year. Lawlor lasted 6.1 innings, giving up 11 hits and six runs while striking out two.

“When you play a good team and you play poorly, that’s what happens,” said Georgia head coach Scott Stricklin. “We didn’t do anything well tonight, and I’m extremely disappointed that we played like that. We have to earn it, and we’re having a difficult time finding ways to score right now. We’re definitely in a funk and that’s tough for our pitchers, too.”

After both teams were held scoreless through the first four innings of the game, Kentucky finally broke through with one run in both the fifth and sixth innings to take a 2-0 lead. Thomas knocked a one-out double to center in the fifth and Reida followed with an RBI double to plate Thomas for the Wildcats’ first run of the game. In the sixth, Kuhn led off the inning with a single to right, advanced to second on a wild pitch and came home to score on a single to left by Reed.

Kentucky continued to add to its lead in the seventh, exploding for five runs off of four hits and a pair of errors from Georgia in the frame. Kuhn recorded a two-RBI double to center, while Reed picked up an RBI single to right. Heath Holder entered the game in relief for Lawlor, but surrendered a two-run homer to Tom to extend the Kentucky lead to 7-0.

The Wildcats’ strong offensive performance didn’t stop in the eighth, as Kentucky picked up four runs on four hits and one Georgia error. Leadoff hitter Austin Cousino recorded a two-RBI double to left, and Kuhn followed with an RBI double to center. One batter later, Tom singled to center to plate Kuhn and put the Wildcats comfortably in front 11-0.

Georgia remains a half game ahead of Auburn in the race for the final spot in the 12-team SEC Tournament, as the Tigers fell 10-0 to LSU.

Georgia returns to Foley Field Friday at 7 p.m. to take on the Wildcats in the second game of the three-game series.