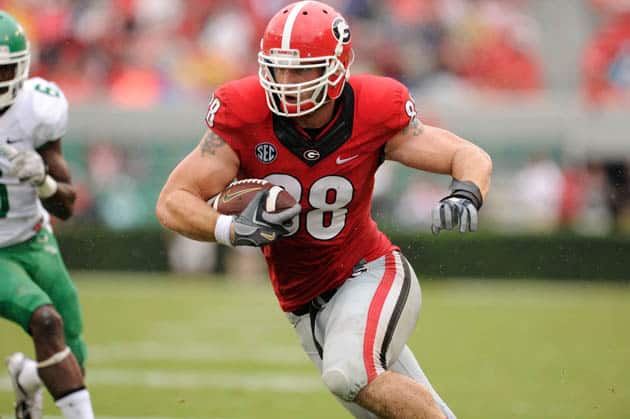 Lynch was selected by Miami in the fifth-round (155th overall) of the 2014 NFL Draft.

The contract is worth an estimated $2.4 million, according to the Miami Herald.

Aaron Murray signed his four-year contract with Kansas City yesterday. Zach Klein of WSB-TV reports that it is worth $2.4 million with a $182,400 signing bonus.