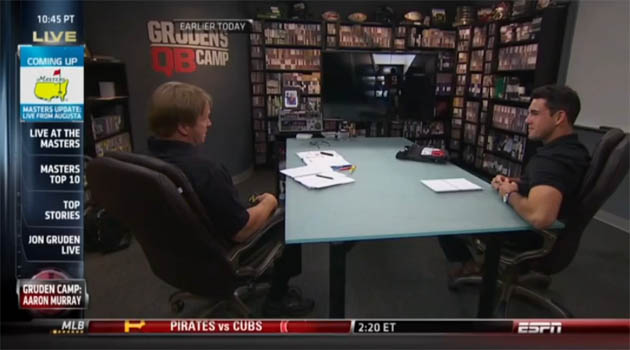 As you probably know by now, former UGA quarterback Aaron Murray is down in Orlando for Jon Gruden’s QB Camp. Here is a short video preview of his time there.

According to ESPN TV listings, Aaron Murray’s episode is slated to premiere on Monday, May 5 at 5pm ET on ESPNU.

Gruden called Murray a “diamond in the rough” for the 2014 NFL Draft. He also said that Murray was “at the top of the food chain” as far as quarterbacks that have been to his camp.