Mark Richt: "I went from gross to kind of fat"

Mark Richt: “I went from gross to kind of fat” 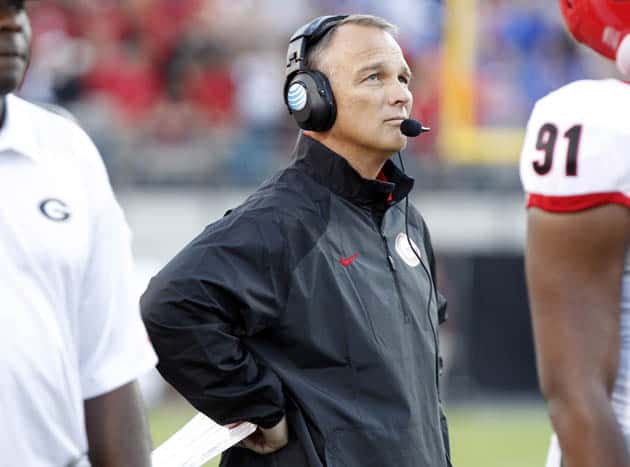 Head coach Mark Richt is making the rounds in the 2014 UGA Day speaking tour. Last night he spoke at the Gainesville Civic Center in Gainesville, Georgia.

Sporting a slightly slimmer figure, Richt hit the crowd with a joke.

Richt went on to give the crowd an update on the team, but stopped short of making any sort of big proclamation for the upcoming season.